As part of a long-term strategy, it is hoped that this will be the first of a number of similar link-ups across the Rochdale Borough, as the Academy looks to strengthen links in the local area.

Milnrow Juniors FC, a FA Charter Standard Junior Football Club, was established in July 2014 and was a Manchester FA Grassroots Club of the Year Finalist in 2017. They currently have 35 teams operating across different age groups.

The partnership is aimed at helping the Academy bring more local players into the club, with a pathway into Rochdale AFC for youngsters at Milnrow Juniors FC, whilst building relationships with grassroots teams in the Borough.

In addition, Academy coaches will share ideas and resources with staff at Milnrow FC Juniors and assist them with their development and any coaching needs.

Head of Academy Coaching, Rick Ashcroft, commented: “We’re pleased to have teamed up with Milnrow Juniors FC for this partnership.

“We’ve built up a relationship with them over a number of months and we look forward to the relationship going from strength to strength.

“We have been impressed with their forward thinking and the way they’ve grown in such a short space of time since they were established. They’re passionate about football in the local area, as are we, so we can resonate with that.

“They also share similar philosophies to the Academy, something which is very important to us.”

Kevin Dunkerley, Chairman of MIlnrow Juniors FC, said: “The Rochdale AFC Academy has had huge success in recent years and it is fantastic to be linking up with our local professional football club.

“The Club has shown a desire to build a strong relationship with ourselves, and we feel the partnership will help us to become even stronger and raise standards even further at Milnrow Juniors FC.

“It opens up a superb potential pathway into a professional Academy for our youngsters as well as offering our coaches the resources to develop.

“It will also give the opportunity to connect the wider public, through grassroots football, to the football club, who we are looking forward to working closely with.” 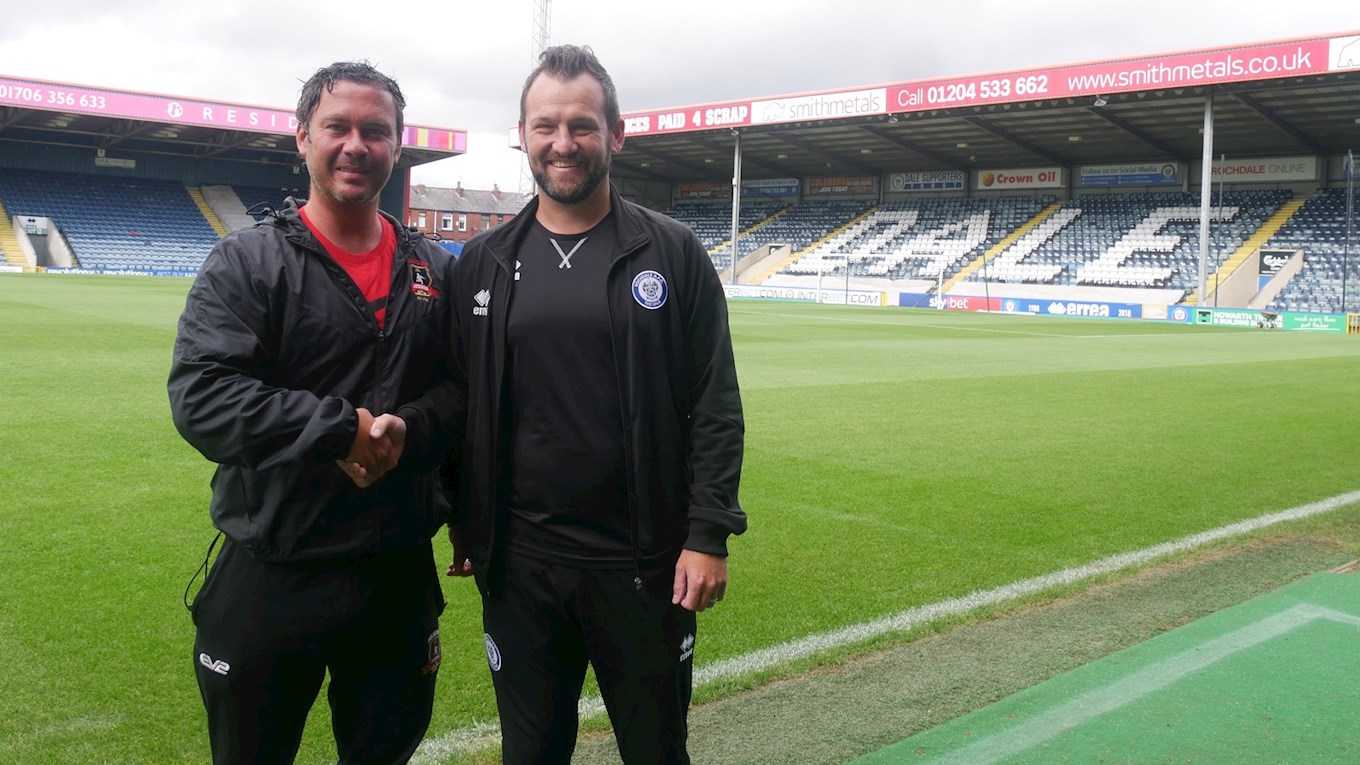