There are two mascots leading the teams out ahead of kick-off on Saturday – Hashim Hussain and Alex Tickell.

Hashim is six-years-old and attends Belfield Community School, where has proudly acted as School Counsellor!

He is first-choice goalkeeper for Wardleworth FC Juniors and kept seven clean sheets as he was voted their 2017/18 Player of the Season!

Alex is a local lad who recently moved to County Durham, but is a season ticket holder – and has been for the past four seasons – who still attends every home match when he visits his grandparents.

His favourite player is Andy Cannon.

Know anyone who wants to be a mascot? We have a package avialable for our Emirates FA Cup first round tie against Gateshead (weekend of Saturday 10th November).

A big welcome to Leo Sutton, who turned seven last week. He is celebrating his birthday in style with a party at the Crown Oil Arena before taking in the match against Charlton.

Leo has been a Dale fan since he was three-years-old and his favourite player is Joe Thompson. 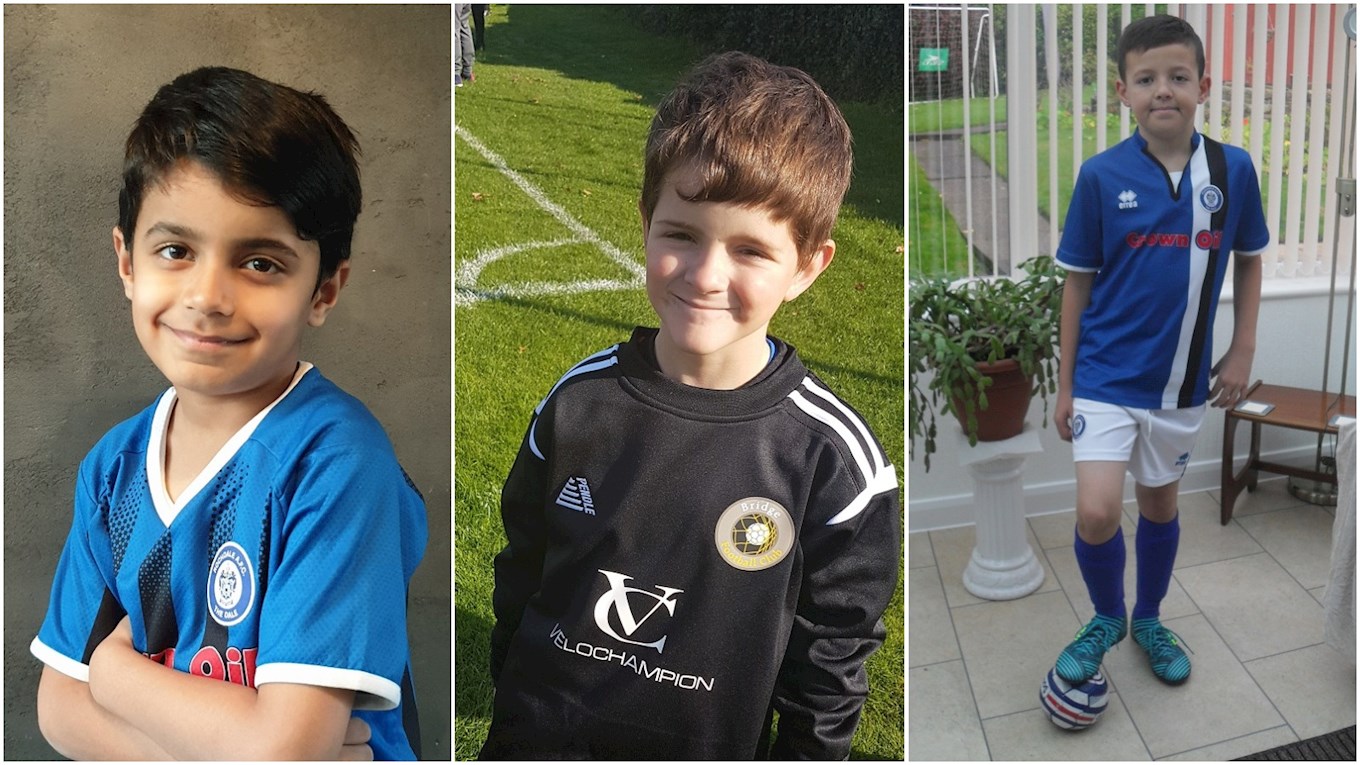 Get in the Halloween spirit with our FREE themed party before this weekend’s game!

Join us in the Carlsberg Lounge from 2pm, where youngsters have the chance to take part in arts & crafts, face painting and much more!

Entrance to the Carlsberg Lounge is available from inside The Smith Metals Family Stand, with access via the turnstiles, which are open from 2pm. Kids event passes can be obtained from the Ticket Office for children who have Season Tickets in other stands. 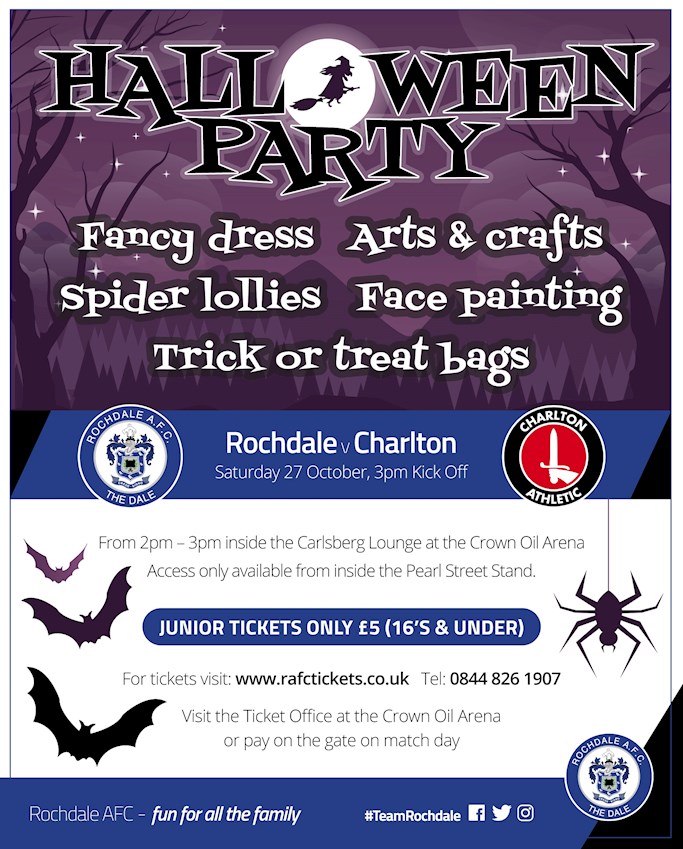