Rochdale AFC’s matchday programme – The Voice of Spotland – is back for Saturday’s Emirates FA Cup tie against Gateshead.

We start with a traditional front cover image of the famous old FA Cup trophy that every team who enters the competition has dreams of lifting, as well as a specially-designed Remembrance weekend graphic.

After that, the programme is full of features, including:

I WISH I’D GONE – an article looking at Dale games the author didn’t attend, but wished he had! This time it’s an FA Cup tie from January 1976.

Many other past contributors continue to produce their excellent columns for the programme, with Scrutator divulging his best and worst FA Cup memories and John Rowe looking at lows & highs in football

Action photos appear from the Checkatrade Trophy visit to Fleetwood, while Traveller’s Tales is back with a report on the trip to Sunderland.

All this and much, much more will be in Saturday’s The Voice of Spotland, on sale in the Club Shop and around the ground, priced £2.00. 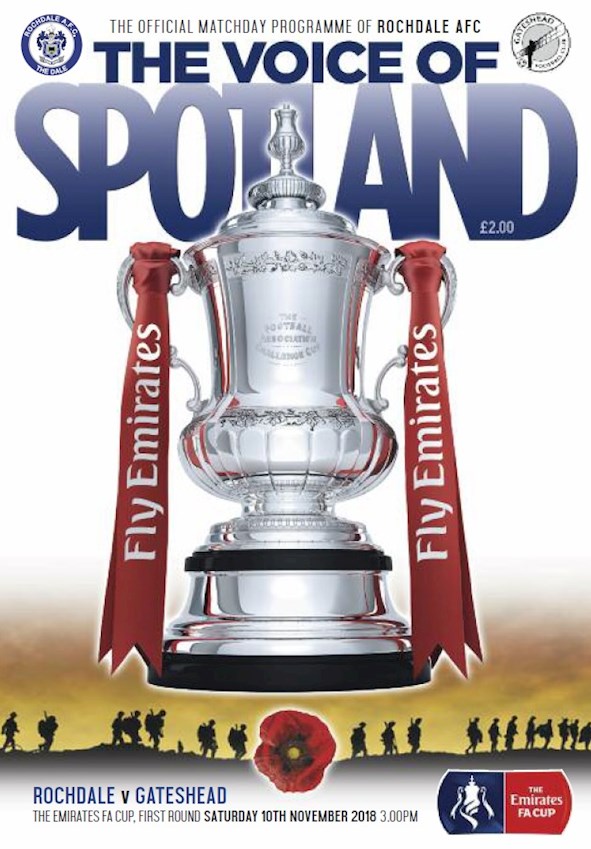