Daniel John Bradbury is the mascot leading the teams out ahead of Sunday’s Emirates FA Cup second round tie at home to Portsmouth.

He loves playing football and wants to be a striker for Dale when he is older, just like his favourite player Ian Henderson.

Daniel’s mascot package has been sponsored by David Gartside. The Community Trust would like to thank David for his generosity.

We hope you have a great day, Daniel! 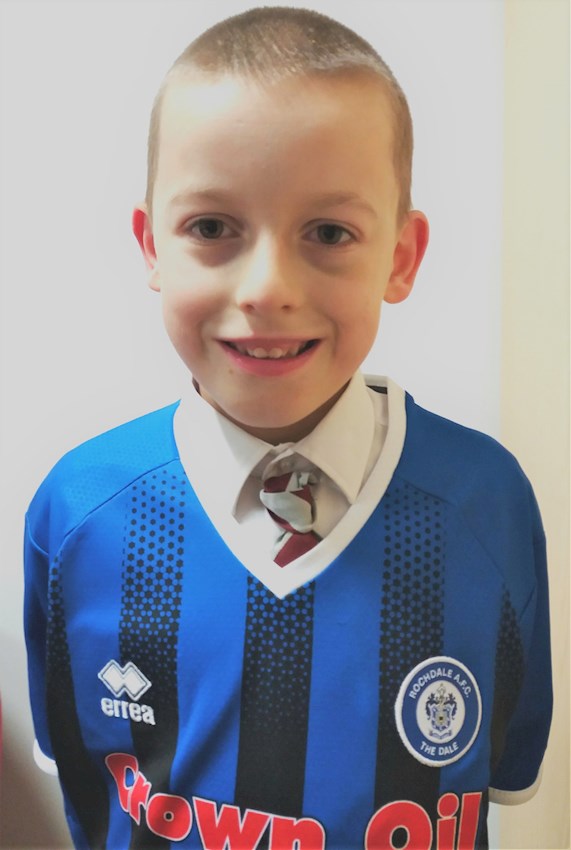