There will be two lucky mascots for Good Friday’s Sky Bet League One fixture against Shrewsbury Town.

Tom Gilbertson and Henry Taylor will lead the teams out before kick-off at the Crown Oil Arena.

He attends All Souls Primary School in Heywood, and his favourite Dale player is Ian Henderson.

Ten-year-old Henry is also an avid Dale fans, whose favourite players are Henderson and Calvin Andrew.

He plays in defence for Whitworth Valley under-10s, and counts swimming, squash and computer games amongst his hobbies.

We hope you both have a great day! 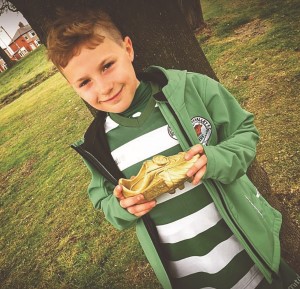