It received high praise from the judges, who remarked on its uniqueness and the way it has brought the local community together.

Bill Blackledge, Chairman of North West in Bloom commented as he judged the project:
“The Wonder Wall is very good – it’s unique, to be honest. It’s the first one I have ever seen.

“It’s so colourful! I like the two footballers with the goalposts, and there’s also the oil drums. It’s excellent.

“It’s a community project – it’s great to hear that so many people have been involved in it. I’ve been very, very impressed with it!” 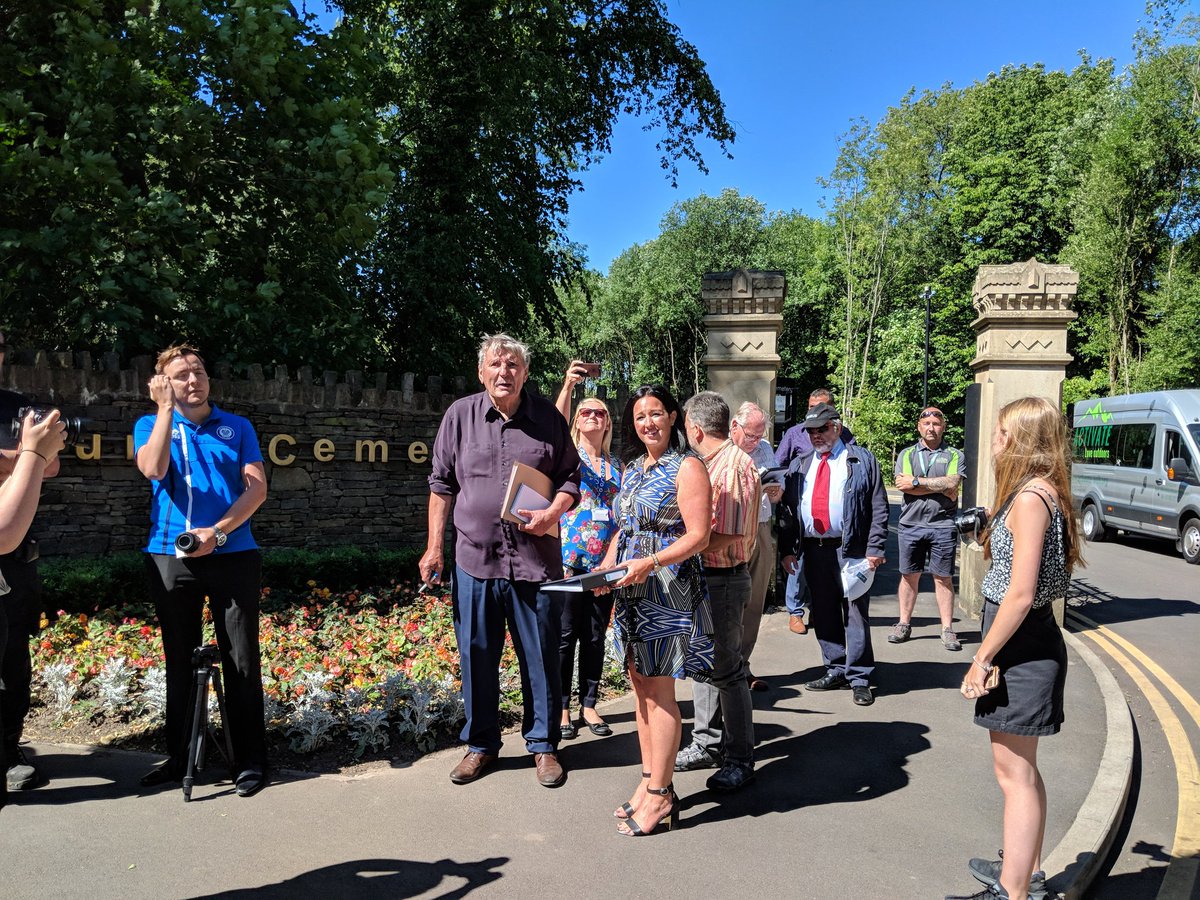 The Wonder Wall was first established last year, when volunteers of all ages and club staff transformed the overgrown area of land at the back of the Sandy Lane end into a colourful eye-catching display.

Having impressed in its first year, the Wonder Wall enjoyed many successes winning two accolades in the 2017 North West In Bloom Awards, including top marks for the ‘It’s Your Neighbourhood Award’. It also scooped an award for the Best New Rochdale In Bloom 2017 Feature.

This year, with the help of dedicated Rochdale in Bloom volunteers and other members of the local community, the project has gone from strength to strength.

Roy Down is a volunteer from the Rochdale in Bloom Committee who has spent hours upon hours tending to the Wonder Wall over the last year, and not only is he delighted with the judges’ feedback, he’s also really pleased with the number of people giving their backing to the project.

“The Wonder Wall is unique – I’m convinced we’re the only EFL ground that has such a community project attached to the ground.

“And it just seems to keep growing! People are stepping forward from all areas of the community to come and help – residents and businesses. It’s that community spirit of everyone coming together that’s the secret of its success. The real value is, is that these people are giving up their spare time to come down and make this happen, while companies are backing it with sponsorship.

“I was taken aback by the comments from the judges. The judges really liked it and the immediate feedback was that they’d like us to put the Wonder Wall on the national route when Rochdale represents the North West in the Britain in Bloom contest in August, so that’s a real bonus!” 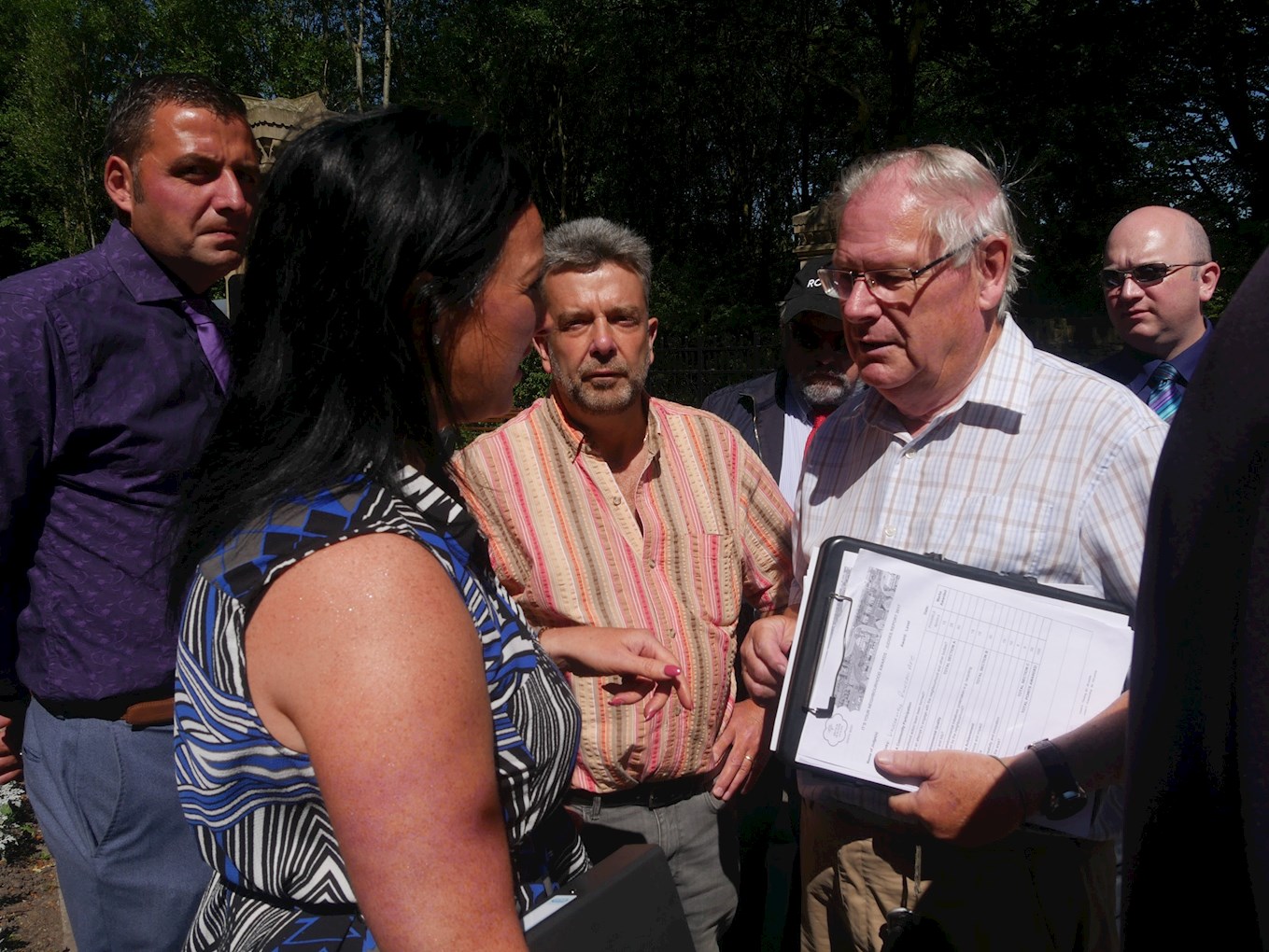 Double in size, the Wonder Wall now stretches 70 meters and has over 8000 flowers, made possible thanks to sponsor Crown Oil and Gordon Rigg Garden Centre. There’s also fabulous goalposts which have been erected inside large Crown Oil branded oil drums.

Elizabeth Alton, Service Co-ordinator at Crown Oil, commented: “The Wonder Wall is absolutely brilliant – it’s so effective. The barrels also look fantastic! I would imagine the local community also love it because there was nothing there previously.

“As a company, we try to reach out as much as possible to the local community, so it has been a pleasure to be involved in this project.”

In addition to the new goalposts that have been installed, silhouettes of two football players sporting the Rochdale 2018/19 kits have been incorporated into this year’s feature. The silhouettes were designed & created by the Skills Company student Katarina Pestova.

As explained by her tutor Colin McIntyre, it has been a great experience.

“Part of our employability programme sees students using their skills, which is why all of this came about. We found out that Katarina was very good art, so we pursued that and I’m really proud of her. When students come in not knowing what they’re good at and what skills they have, it’s great to see it bloom like this.”

Katarina has told us that it took three-and-a-days to produce the silhouettes, and that she has applied to study art and design at Hopwood Hall College! We have our fingers crossed that she’s accepted onto the course. 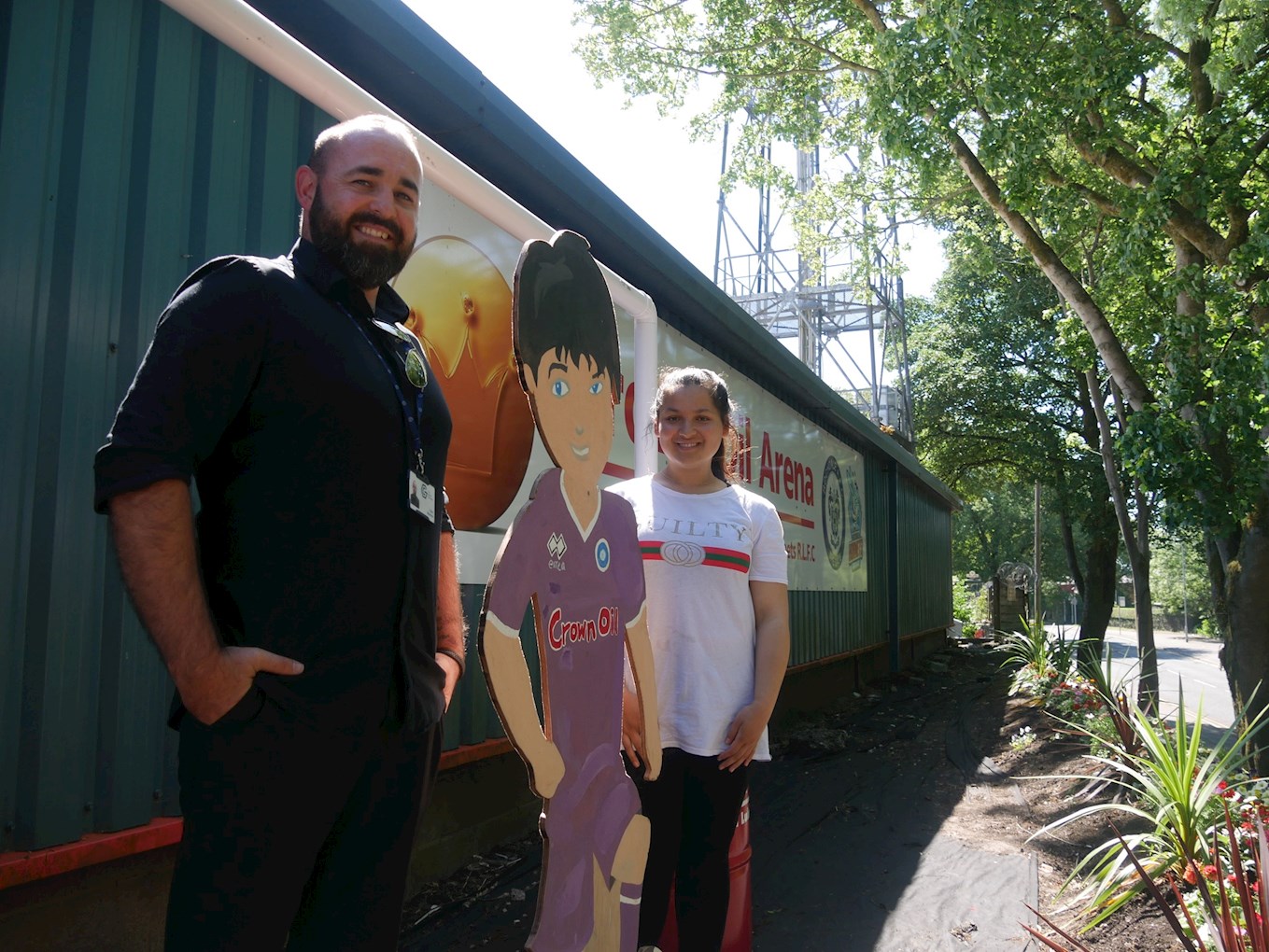 On the pavement stretching along Sandy Lane, there are now large roadside planters, made by Buckley Hall Prison.

Gardens Instructor Dean Larder is delighted to have been involved in initiative.

“We had four lads in total making the planters, and they’ve been pleased to get involved in this community project.

“They’ve developed their skills throughout the whole process and it has been great to see the finished product.”

Finally, the Wonder Wall would not have been possible if it wasn’t for the endless hours given to the project by a group of volunteers, including Rochdale In Bloom members Paul Ellison, Roy Down, and Nigel Morrell, Councillor Wendy Cocks and Councillor Phillip Massey, and Mark Widdup, Executive Director Rochdale Council. Thank you!

We’ll find out late October/ early November how we fared/ if we won any awards, following this round of voting.