Rochdale’s Elite Development Squad offers many pathways into a career in sport.

The EDS, who compete in two of the highest college leagues in the country, are also linked with Hopwood Hall College, where students study for a Level 3 BTEC Diploma in Sport & Football.

This gives students the opportunity to train in a professional football environment, alongside studying for a sports qualification, which opens the pathways for a career in sport.

This is the case for former student Tom Cooksey, who has gone on from the EDS to form a career in football – both coaching and playing.

Tom is currently playing for 1874 Northwich, who ply their trade in the North-West Counties Premier Division, and he has also started on his coaching path, earning his Level 1 coaching qualification.

“I found that the EDS course has opened doors to new footballing opportunities,” said Tom.

“The coaches referred me to local teams, and I am now using my coaching qualifications to coach goalkeepers at the South Manchester Rochdale AFC Foundation Development Centre.

“There was a good balance between studying and playing football on the course, which has helped me gain confidence and improve my skills, whilst also having specific goalkeeper coaching.

The 19-year-old passed the BTEC Level 3 course in Sport & Football with DDM (Distinction, Distinction, Merit), which has allowed him the chance to go to study at University.

“The teachers on the course at Hopwood Hall were really helpful, and I really enjoyed my time. I would like to thank the teachers and coaches at Rochdale for all of their help.”

Tom’s success path is just one of many available to those who join the EDS, with careers available in roles such as Sports Science, Sports Analysis, Sports Physiotherapy and much more.

The EDS are holding trials in February for next year’s course, which are available to all current Year 11s.

The teams play at the highest level of national college football, and players train in a professional football environment with Rochdale AFC Academy coaches.

To register your place on the trials, please email david.manning@rochdaleafc.co.uk. 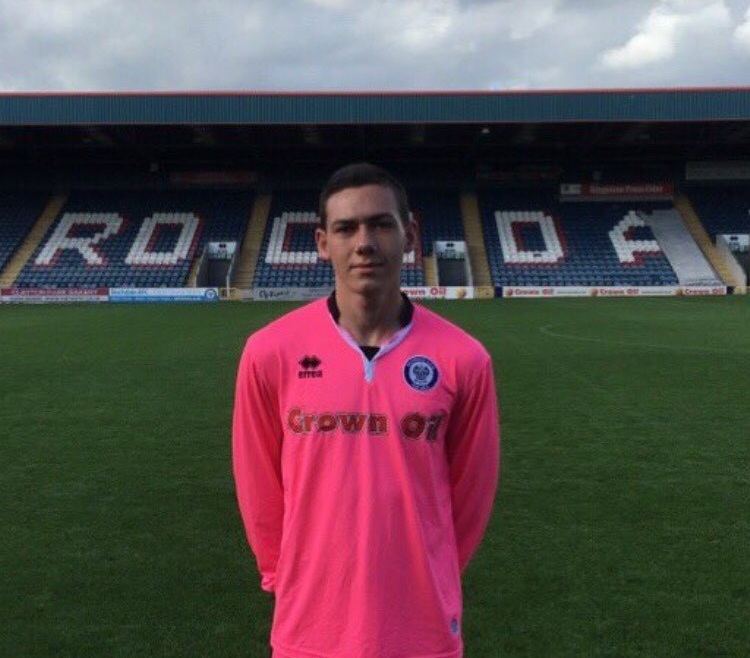