Get involved in Futsal, an exciting and revolutionary way to play football!

Dale In The Community Sports Trust are running Futsal Coaching sessions every Tuesday at the Soccer Factory in Castleton.

Futsal is the indoor version of five-a-side football, which focuses on technique, speed, ball mastery and possession.

The sport has been officially sanctioned by FIFA, UEFA and The FA, with superstars such as Lionel Messi, Cristiano Ronaldo and Neymar paying tribute to its benefits.

The sessions start on Tuesday 23rd January, 5pm-6pm, at the Soccer Factory, Royle Barn Road, Castleton, Rochdale, and are priced at just £3. 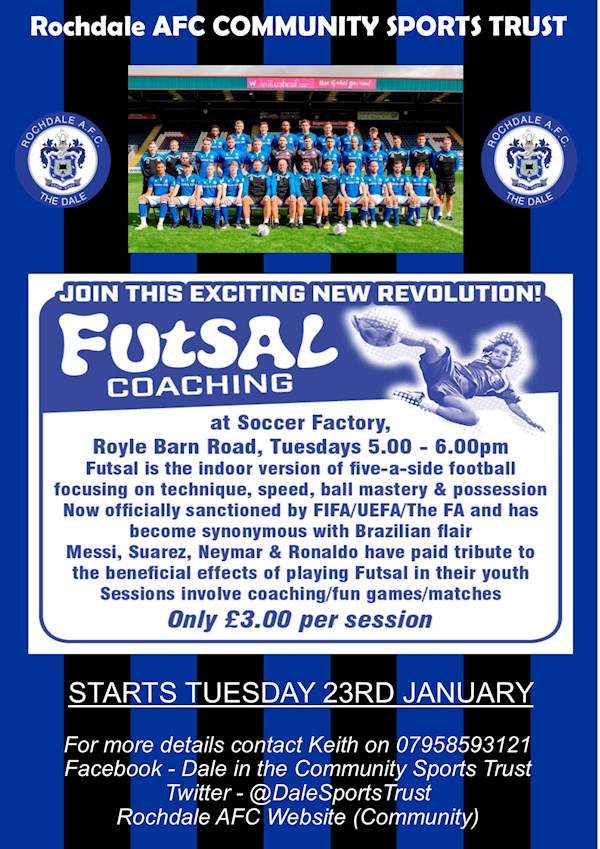