Rochdale AFC’s matchday programme – The Voice of Spotland – is back for Saturday’s League One fixture against Plymouth Argyle.

We start with a front cover dedicated to Josh Lillis, who recently made his 278th appearance for the club, which is the most games played by a Rochdale goalkeeper.

To celebrate Josh’s milestone, we have trawled through all his games to bring readers a comprehensive statistical analysis, which includes the team against which he has conceded most goals and the team who have yet failed to get one past him in seven games.

I WISH I’D GONE – an article looking at Dale games the author didn’t attend, but wished he had! This time it’s a game from May 2001.

WHAT DALE WORE IN – we pick a season and look at the different kits Dale sported throughout the campaign. In this issue, we look at the 1993/94 campaign.

There is also a completely new-look visitors’ section, as well as the usual League One round-up from Jason Birch.

Many other past contributors continue to produce their excellent columns for the programme, with Scrutator eulogising about what made him keep coming back to Spotland after his first visit and John Rowe letting off steam about a few things in the game that have recently irked him!

Action photos appear from the games against Luton and Leicester, while Traveller’s Tales is back with a report on the trip to Bradford. 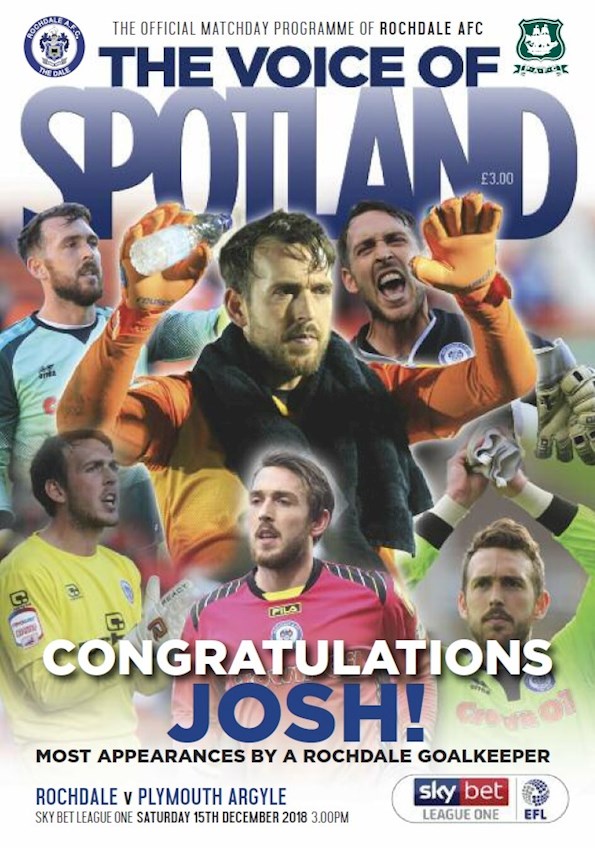