Our impressive Wonder Wall feature was visited by judges from the National Britain In Bloom competition on Thursday.

The Wonder Wall is one of a number of features that make up Rochdale In Bloom’s entry into the National competition.

National judges visited all of the features, including the Wonder Wall, to gain a snapshot of the town’s entry.

This follows on from last month’s visit by the North West In Bloom judges, with the awards for the regional individual competition to be announced in late October/early November.

The Wonder Wall, located on Sandy Lane, was first established last year, and has more than doubled in size this year, thanks to the help of many volunteers, along with sponsors Crown Oil and Gordon Rigg Garden Centre.

Click HERE to read more about how the Wonder Wall has developed over the past 18 months.

In addition, the Club announced last month that the Wonder Wall is to be dedicated to the memory of Paul Hazlehurst, a Director of the club for 15 years.

We are proud to display a permanent plaque in Paul’s memory as part of the feature. Paul’s father, Sid, is pictured with the plaque below. 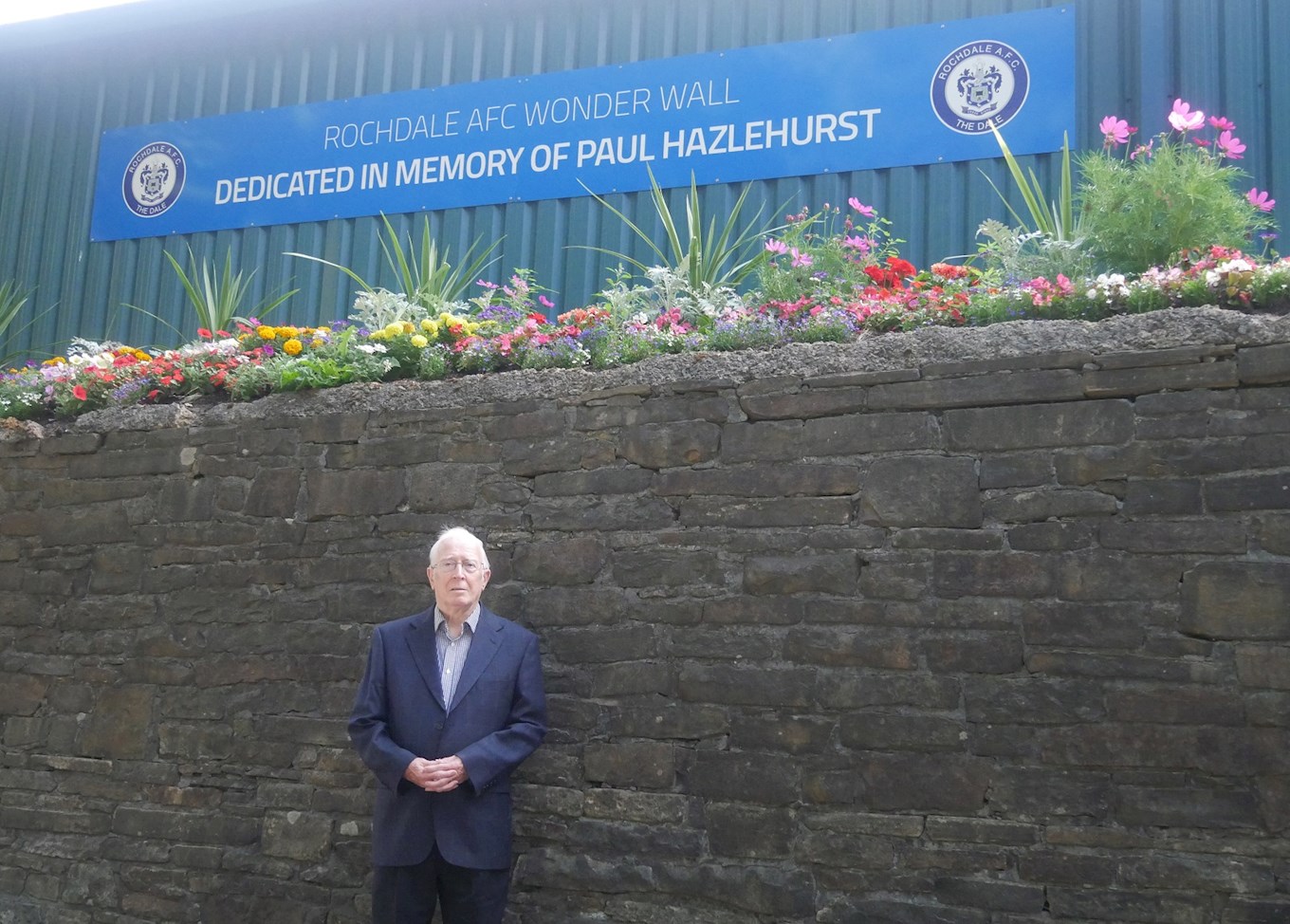