Rochdale AFC’s matchday programme – The Voice of Spotland – is back for Saturday’s League One fixture against Walsall.

We start with a front cover image of MJ Williams, who joined Dale on a free transfer from Liverpool in the summer after last season’s successful loan spell.

I WISH I’D GONE – an article looking at Dale games the author didn’t attend, but wished he had! This time it’s a Friday night fixture from 1982.

WHAT DALE WORE IN – we pick a season and look at the different kits Dale sported throughout the campaign. In this issue, we look at the 2010/11 campaign.

WHEN I WAS A MASCOT – a mascot from the past tells us all about their day and what they have got up to since.

Many other past contributors have returned for another season, including Scrutator, who writes about his visit to Manchester City on Sunday.

Action photos appear from the games against Burton and Peterborough, while Traveller’s Tales is back with a report on the pre-season trip to Tranmere.

We also have one of our fantastic new caricatures in the centre spread – this time it’s goalkeeper Josh Lillis. 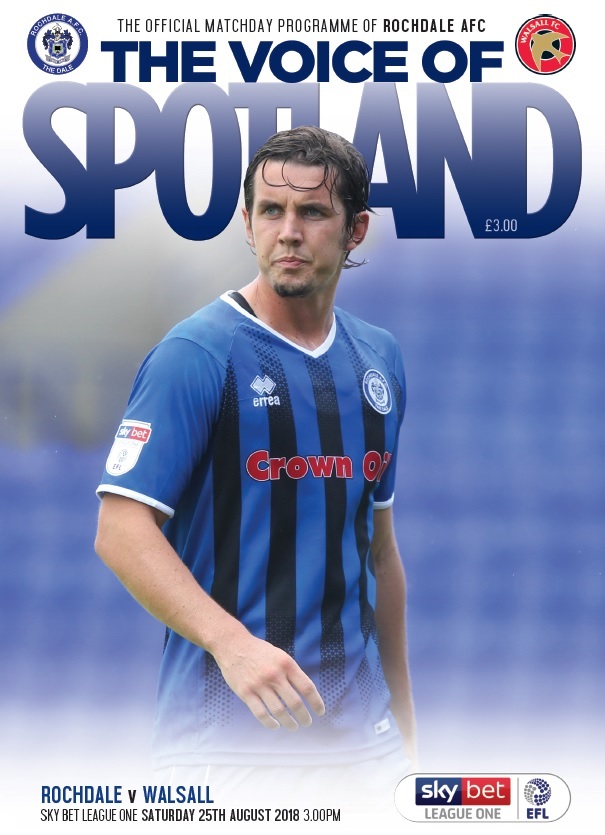