Rochdale AFC’s matchday programme – The Voice of Spotland – is back for Saturday’s League One fixture against Peterborough United.

Our new-look programme starts with a front cover image of Bradden Inman, whose two goals at Burton last Saturday got Dale’s season off to a winning start.

Meanwhile, manager Keith Hill brings us his thoughts on that game and his squad’s preparation for the new campaign.

I WISH I’D GONE – an article looking at Dale games the author didn’t attend, but wished he had!

WHAT DALE WORE IN – we pick a season and look at the different kits Dale sported throughout the campaign.

WHEN I WAS A MASCOT – former mascots tell us the story of their day and their Dale-supporting life since.

Many other past contributors have returned for another season, while our regular historical pages – ‘On This Day’ and ‘Through The Years’ – have had a makeover, but will still help readers to jog their Dale memory banks.

Action photos appear from the games against Stockport and Hull, while Traveller’s Tales returns with a report on the trip to Stalybridge Celtic.

There is also a centre-spread picture that will bring back special memories for all Dale fans! 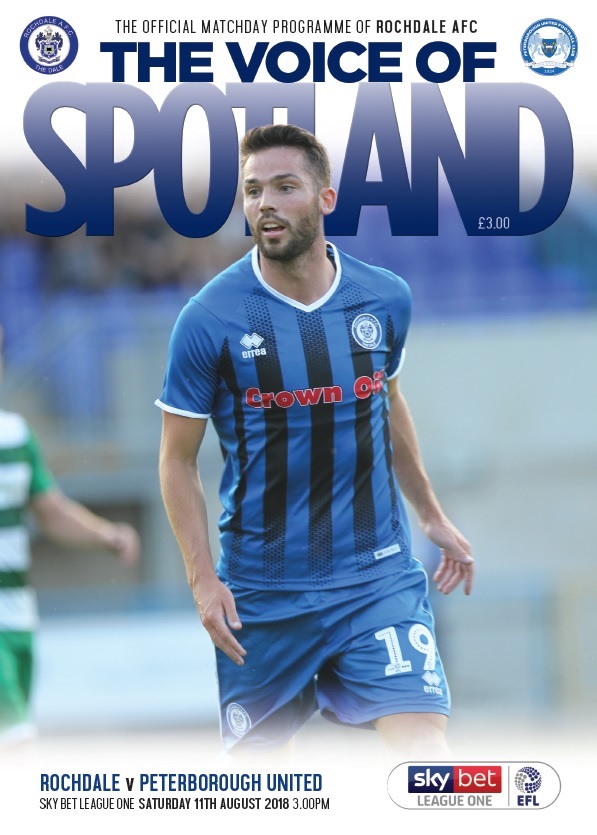