Rochdale AFC’s matchday programme – The Voice of Spotland – is back for Saturday’s League One fixture against Walsall.

We start with a front cover image of winger Jordan Williams, who moved to the Crown Oil Arena from Barrow in the summer.

There is a centre spread poster of Jordan for our younger supporters to collect, as well as a look at how his personal likes compare to those of another wide player from the 1980s-90s in our ‘Decades Apart’ feature.

In our comprehensive visitors’ section, contributors Steve Ashworth, David Chaffey and Dean Smith each bring us a different aspect of Walsall’s past and present, which is in addition to the usual statistical round-up of the teams’ meetings down the years.

John Rowe looks at a Home & Away issue, while Scrutator explains why he was recently a tea-drinking armchair supporter!

‘Kit Cupboard’ looks at what was being worn in Division Three in 2002/03 and our usual quiz and puzzle pages, that can be attempted by supporters of both clubs, appear once more.

Regular historical features – ‘On This Day’ and ‘Through The Years’ – continue to look at games and events from Dale’s past and Richard Wild tells readers all about his favourite 3-0 away win.

Action photos appear from the games against Plymouth and Bromley, while Traveller’s Tales reports on that trip to Devon.

Visitors Walsall get nine pages of coverage, which includes a quiz-based article on a previous meeting between the clubs. 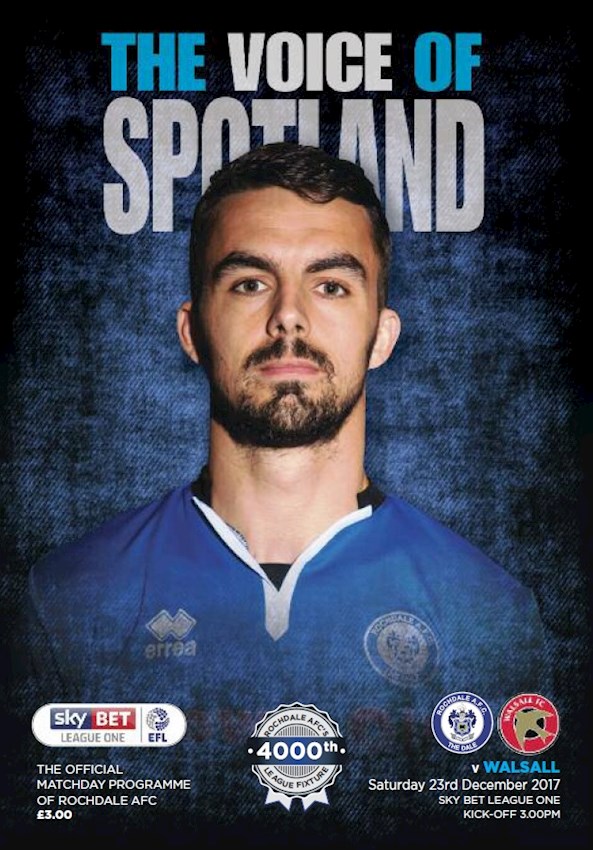