Saturday’s League One fixture v Walsall at the Crown Oil Arena will mark Rochdale’s 4000th match in the EFL.

It has taken 96 years and four months to get there, with our first ever Football League fixture played on Saturday 27th August 1921.

Our previous milestone are:

A Reg Owens hat-trick and goals from Harry Dennison (2) and Gene Carney gave Dale an ideal start to life in the Football League.

Bert Foulds was on target as Dale ended a run of 13 games without a win with a 1-0 home defeat of Southport.

Dale didn’t mark their 2000th game in any sort of style at Leeds Road after a defeat to Huddersfield saw them lose for the sixth match running.

Promotion-chasing Preston gained revenge for Dale’s 2-1 win at Deepdale ten days earlier with a convincing win in the Spotland snow. 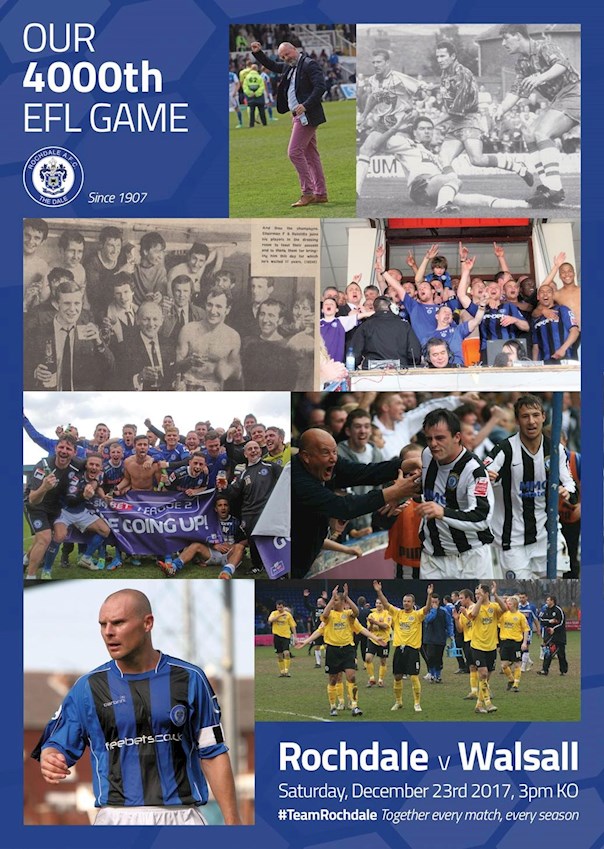