Did you know… Rochdale were the visit ever visitors to the bet365 Stadium, or the Britannia Stadium as it was known then, for a competitive fixture.

Marking the opening of their new stadium, the Stoke City hosted Dale in the Coca-Cola Cup on August 27th 1997.

The score was 1-1 on the night, with Alex Russell netting for Dale in the 90th minute. The ball was played to Russell on the edge of the area and despite being surrounded by many red and white shirts, he kept possession and bent a lovely effort beyond Carl Muggleton.

The Potters had, however, beaten Rochdale at Spotland a fortnight earlier, and progressed to the second round of the competition with a 4-2 aggregate victory.

A certain Keith Hill was named on the team-sheet for the match at the Britannia and he played the full game.

This was the front cover of the programme 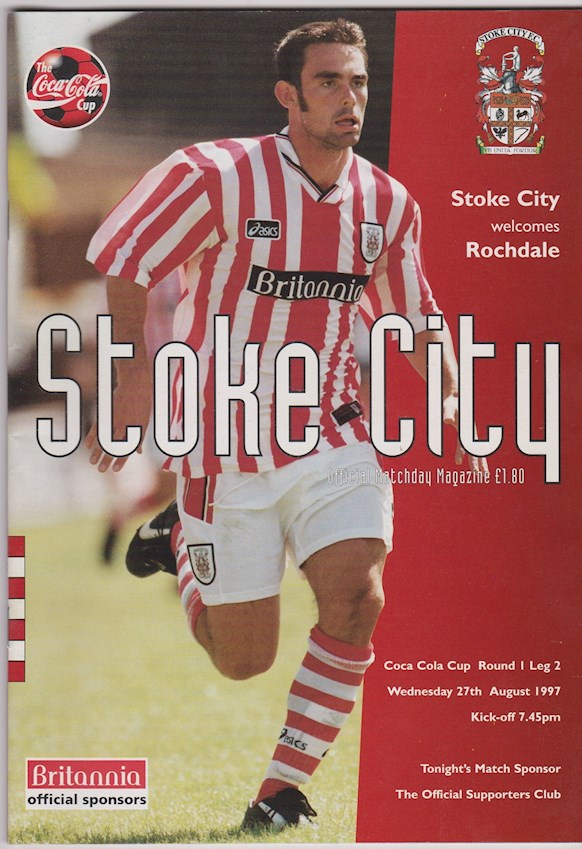 Dale and Stoke have met 10 times in all competitions, including on three occasions in the League Cup.