Rochdale secured a point on the road on Saturday from a 1-1 draw away Mansfield Town.

Danny Cashman put Dale ahead five minutes into the second half at the One Call Stadium, before the Stags’ Danny Johnson levelled in the 72nd minute.

There were two changes to the side that lined up against Tranmere Rovers last weekend, as the on loan Mansfield Town full-back Corey O’Keeffe, who was ineligible for the match, was replaced by Matty Done. Meanwhile, goal scorer Cashman came in for Abraham Odoh.

Early on, Aaron Morley sent the first corner of the game into the area and Done got a shot away, but the Stags defended resolutely and they blocked the effort.

A short while later after a good spell of pressure, Jake Beesley headed narrowly over from a Max Taylor cross.

Up the other end, Joel Coleman came to punch away Ollie Clarke’s delivery, as a Mansfield Town player lurked at the back post.

Jeriel Dorsett showed a great turn of pace to get down the right at speed and take the ball past Stephen McLaughlin before sending the ball low across the face of goal, but again the Stags stood firm to rebuff the danger and Farrend Rawson stepped out to defend away.

Sixty seconds later, Morley put a sublime ball to the back post for Beesley, but he could only take it down on his thigh and look on as it bounced inches wide.

With 25 minutes on the click, Coleman was equal to McLaughlin’s shot from range, after he’d stuck at goal from a free-kick, with the ‘keeper getting down to hold the strike through a packed box.

McLaughlin then turned a low ball into feet wide, after the hosts had got up the left.

Before the half was out, Done defended superbly well to block off Oli Hawkins at the back post, as he attempted to get on the end of a dangerous ball in, and the teams went in level at the break.

There was one change for the start of the second half as Jim McNulty replaced Dorsett who had received treatment shortly before half-time.

Moments into the second half, Taylor headed narrowly over from Morley’s great ball to the back post.

And Dale went ahead five minutes after the restart through Cashman. There was a great interception by Done who then drove up the left before squaring for Cashman who coolly finished first time beyond Nathan Bishop.

Soon after, the ‘keeper was forced to tip Morley's corner up and over the bar.

A second Rochdale substitution followed in the 57th minute, when Alex Newby made way for Odoh.

Done then sent a brilliant ball to the back post and Beesley, who got on the end of it, was denied by Bishop as he got a superb hand to it to turn it away from goal.

From Done’s free-kick, which swung into the area, Beesley won the flick on but McNulty, who came racing in, couldn’t get a connection on it and it went narrowly wide of the upright.

Dale had been on top during the second half but the Stags levelled in the 73rd minute, when Johnson poked the ball into the corner from a low ball across goal.

A couple of minutes later up the other end there was a great challenge on Done to prevent him from getting his shot away after he got in on goal.

A short while later, Done swung in a corner which was met by McNulty who turned it over the bar. Morley then also struck over, before Rochdale’s final substitution followed, with Aidy White coming on for Done.

In the closing stages, there were two chances for the opposition, but Coleman kept them out.

He firstly denied Harry Charsley’s strike with a great save, before holding Hawkins’ header from a corner. 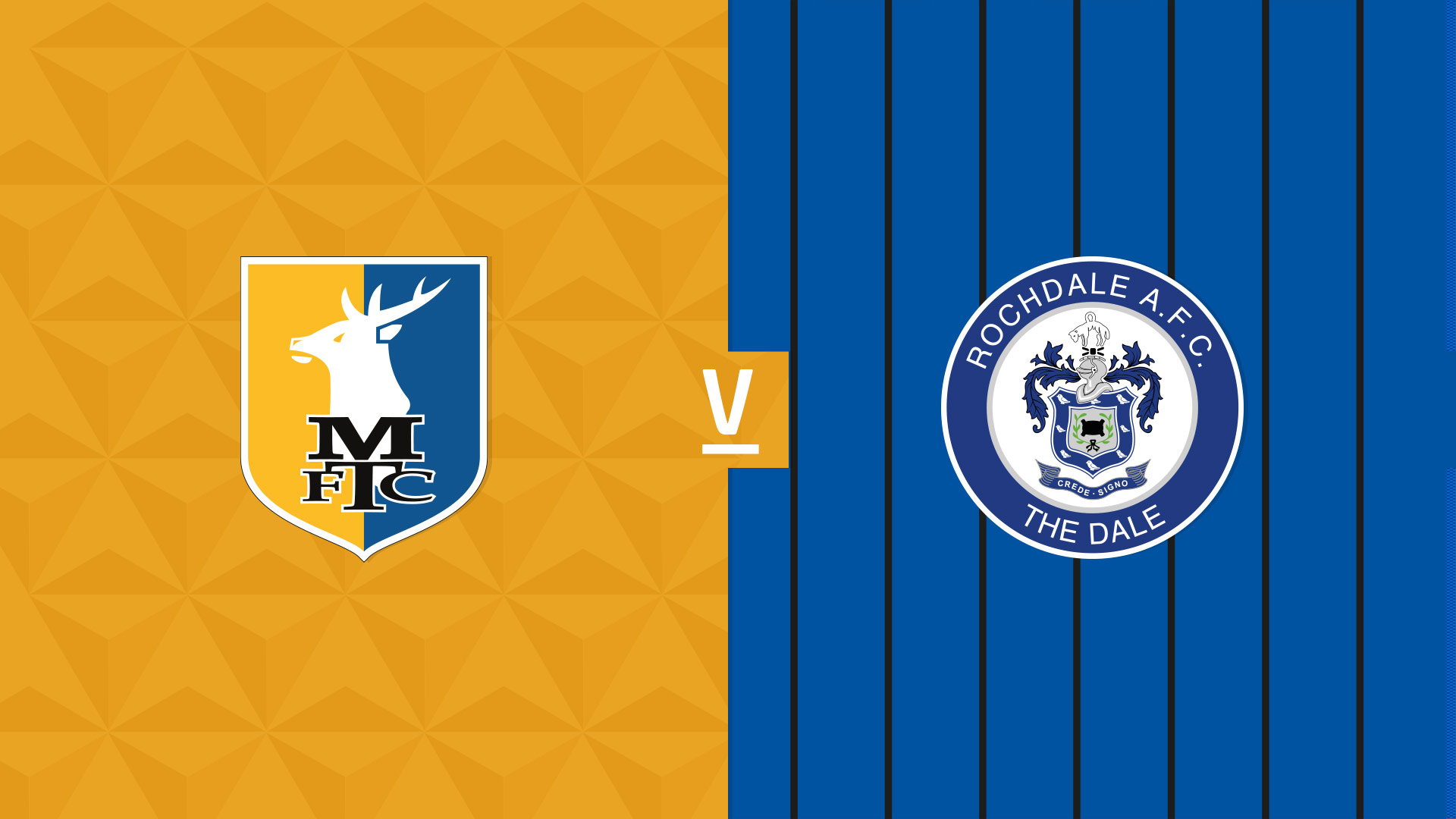 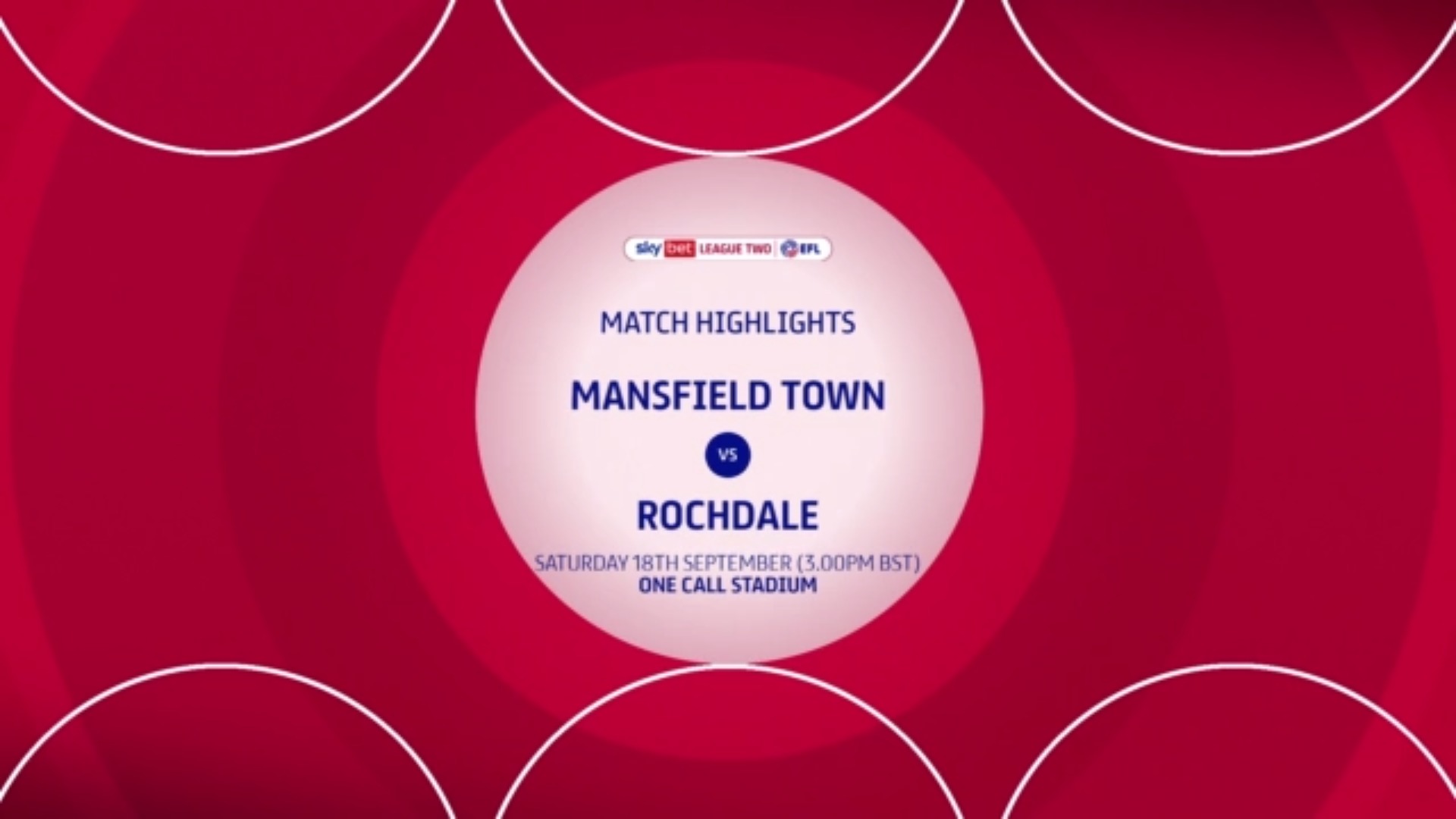 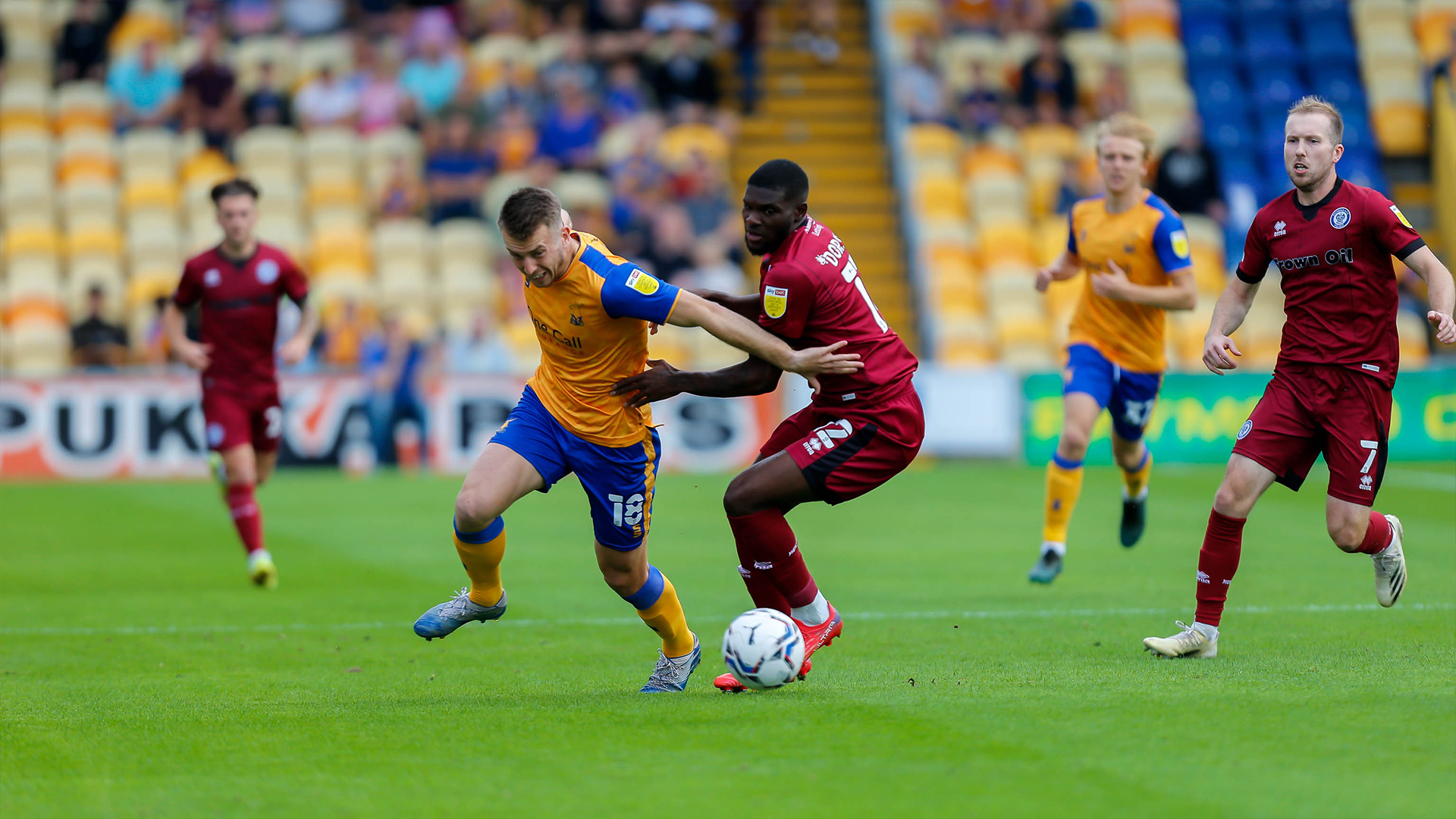