Dale's Carabao Cup journey continues on Tuesday night we make the short journey to Premier League side Burnley in Round Three.

Robbie Stockdale's men overcame Shrewsbury Town, 2-0 away from home, in Round Two of the competition.

The Clarets were winners in a penalty shootout against Newcastle United after a 0-0 draw in 90 minutes.

There are no tickets available on the night of the game. If you do not have a ticket, please do not travel.

Tickets can be collected from the Dale Ticket Office until 6pm on the day of the game. They will then be available to collect from Burnley's Elite Training Centre, located behind the North Stand, from 7pm until kick-off.

Robbie Stockdale spoke to the club's website ahead of the tie. Click HERE to watch his interview in full or HERE to read his quotes.

Supporters can listen to audio commentary of the game on iFollow Dale.

Carabao Cup games are not available to watch on iFollow.

Dale did themselves proud on the evening at Turf Moor and went ahead against the Premier League side two minutes into the second half, but four goals from Jay Rodriguez put the game beyond Robbie Stockdale’s side, in a score line that arguably flatters the opposition.

There were three changes to the side that lined-up against Mansfield Town at the weekend - Jay Lynch, Corey O’Keeffe and Abraham Odoh came in for Joel Coleman, Matty Done and Alex Newby.

Rochdale tested first, when Nick Pope was forced to keep Jake Beesley out with his legs after just four minutes. Captain Eoghan O’Connell found Danny Cashman, who in turn played in his fellow forward. Beesley took the ball past his marker before getting a shot away, but he was kept out by the Clarets ‘keeper.

Up the other end and Jay Lynch was in fine form, pulling off two big saves keep out Maxwel Cornet who was through one-on-one on both occasions. Cornet twice, seven minutes apart, latched onto a ball over the top but the Rochdale goalkeeper was out to deny him.

On 24 minutes, Beesley was brought to ground right on the edge of the area and Aaron Morley struck the resulting free-kick narrowly over the bar.

Shortly after the half hour, Phil Bardsley was played in on goal but he could only send a tame effort goal wards from close range and Lynch comfortably collected. Matej Vydra then fired well wide of the near post.

A minute later, Cornet had the best chance of the half but he squandered the opportunity. After Burnley hit Dale on the break from the halfway line, he again got through one-on-one but as the goal gaped behind Lynch, the Clarets forward scuffed his shot wide.

Late on, Lynch held Jack Cork’s strike from range, before Jimmy Keohane curled an effort over the bar.

After an evenly matched, hard-fought first half, the sides went in level at the break.

After a goalless first half, both teams netted during the opening five minutes of the second period.

Rochdale had been superb during the first 45 minutes against Premier League opposition and they got what their endeavours deserved just two minutes after the restart, when Beesley broke the deadlock in front of the travelling Rochdale fans.

Morley had won the ball high up the pitch before Dooley played it into Beesley. He took it past a man on the edge of the area before finding the bottom corner with his left foot. It was a moment to remember, as the players celebrated in front of the Dale faithful.

But Burnley were level three minutes later. From Cornet’s corner, Rodriguez powered a header into the top corner.

Soon after, Lynch came across to save Vydra’s header from Westwood's cross.

After Aaron Lennon’s vicious strike from a corner was blocked, Dale hit the Clarets on the attack and after Morley’s cross was headed back towards Pope, Cashman snuck in and won the header which was deflected narrowly wide the post.

The hosts had rallied after the equaliser and Rodriguez scored twice in three minutes to complete his hattrick. He firstly found the bottom corner from Cornet’s lay-off, before flicking home a header at the near post.

Rochdale didn’t let their head drop despite Burley turning the game on its and they continued in a positive manner, looking for a second goal.

After a corner was cleared as far as O’Keeffe, he crossed to Cashman who had a volley blocked. O’Keeffe then rattled a powerful effort narrowly wide of the upright from a short corner.

A double Rochdale substitution followed, as Odoh and Dooley made way for Josh Andrews and George Broadbent in the 74th minute.

Burnley netted a fourth three minutes later, with Rodriguez bagging his fourth of the evening, as he turned home Lennon’s cross from a yard out.

Soon after Lynch made a great double save. He firstly kept out substitute Matt Lowton’s fizzing effort before getting down to hold Wood’s strike.

Rochdale’s third and final substitution came in the 84th minute, with Liam Kelly replacing Cashman, as Burnley saw out the game to secure a 4-1 victory. 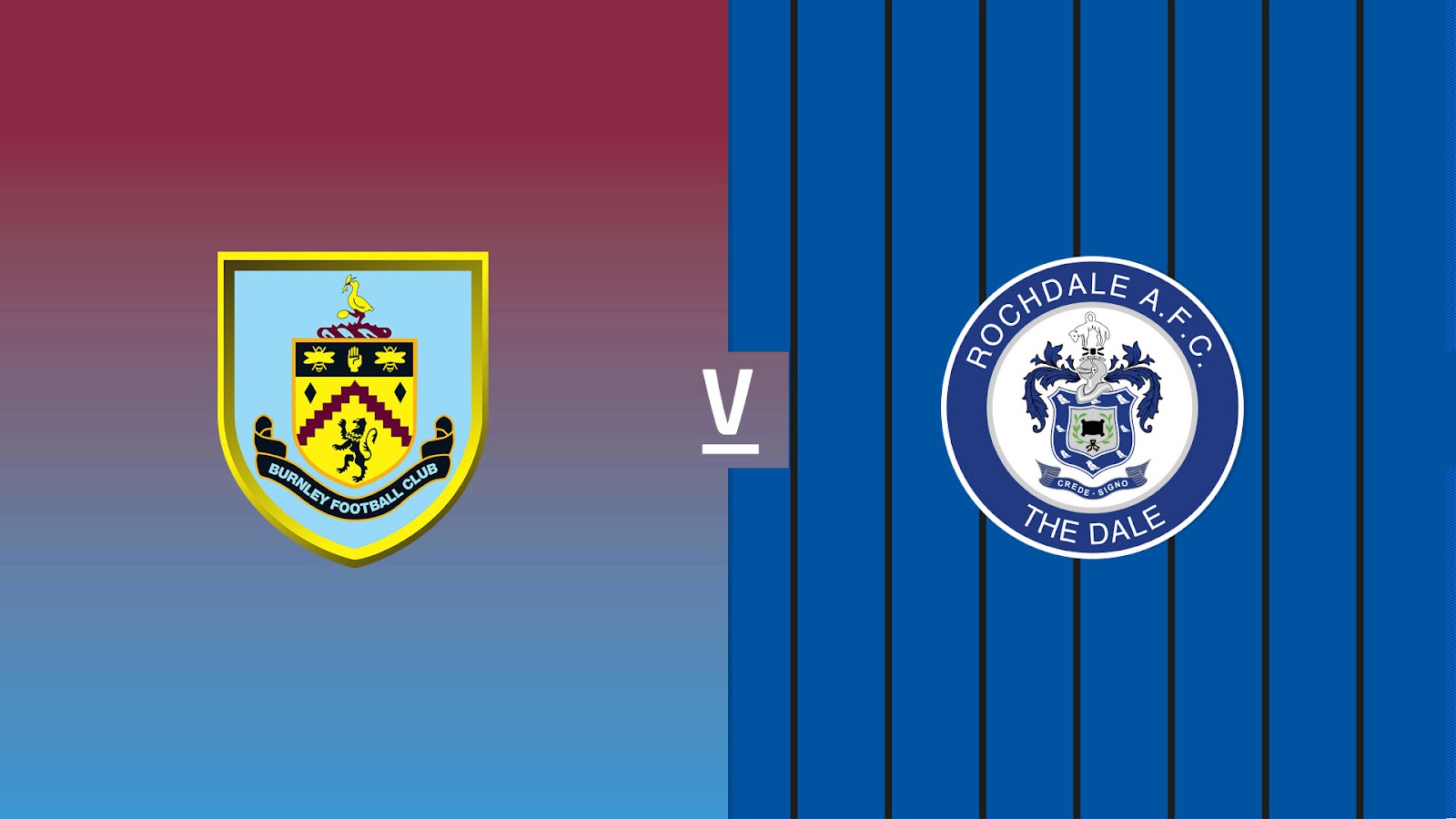 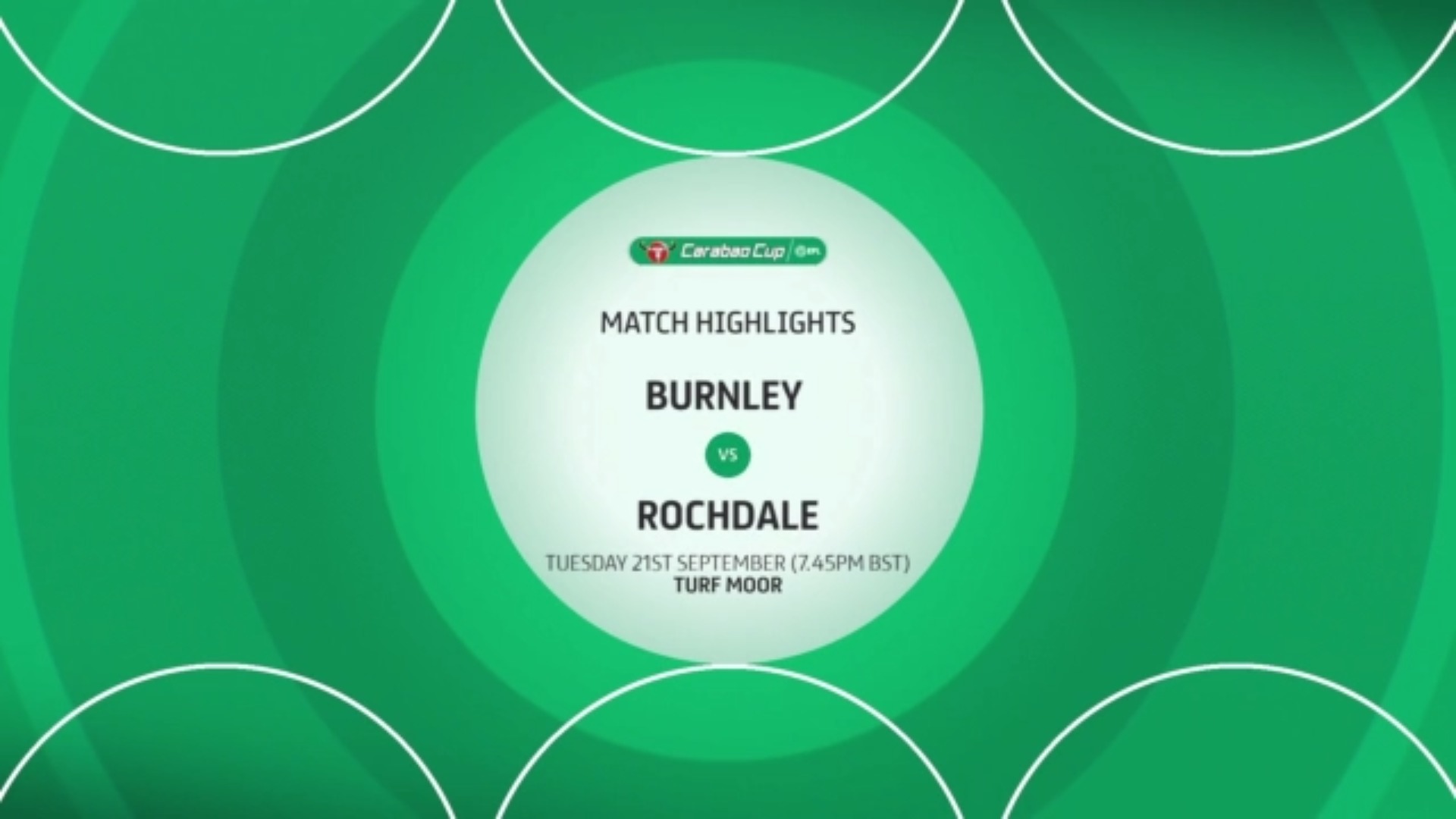 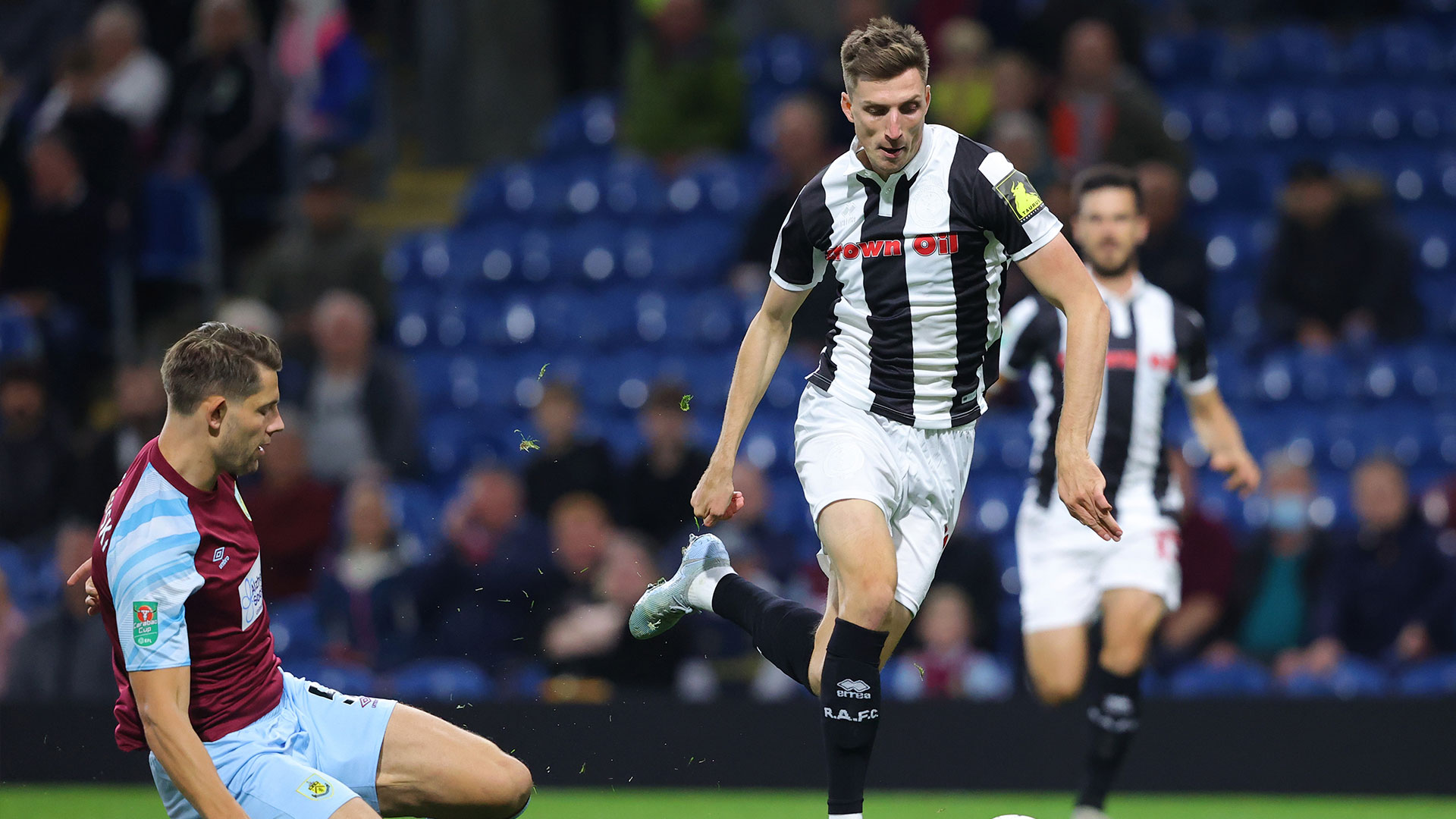