Dale are in Carabao Cup action on Tuesday night, facing Shrewsbury Town away from home.

Robbie Stockdale's men were awarded a bye through to Round Two of the competition, after Harrogate Town forfeited the game due to positive Covid cases in their camp.

Shrewsbury were winners in a penalty shootout against Lincoln City after a 2-2 draw in 90 minutes.

Supporters can pay on the day at Shrewsbury. Click HERE for full details.

Robbie Stockdale spoke to the club's website ahead of the tie. Click HERE to watch his interview in full.

Supporters can listen to audio commentary of the game on iFollow Dale.

Carabao Cup games are not available to watch on iFollow.

Rochdale booked their place in the third round of the Carabao Cup on Tuesday evening with a thoroughly deserved 2-0 win over League One Shrewsbury Town.

Jake Beesley and Danny Cashman scored for Dale in the victory at the Montgomery Waters Meadows.

In a game that was dominated by Robbie Stockdale’s side for large spells, Beesley put Rochdale ahead from the penalty spot in the 68th minute, before Danny Cashman ensured safe paste into the next round ten minutes later.

There were five changes from the weekend’s win over Northampton Town. Joel Coleman came in to make his debut, replacing Jay Lynch, while Jeriel Dorsett replaced Sam Graham to make his first start. And Jimmy Keohane, Beesley and Cashman came in for Matt Done, Alex Newby and Josh Andrews.

Rochdale started brightly and the Shrews were forced to defend early on, when Cashman raced forward from the halfway line, taking Dale in on goal, and both Abraham Odoh and Jimmy Keohane had shots blocked on the edge of the area.

Soon after, Max Taylor saw his effort from 20-yards drift past the post, after he’d got a shot away from a good spell of possession.

Up the other end, former Rochdale loanee Ethan Ebanks-Landell had the home side’s first and only effort of the half on goal, as he headed a Shrewsbury corner straight at Coleman.

As the game progressed, Dale were enjoying plenty of the ball and had carved out several opportunities as they looked to break the deadlock.

Odoh curled wide from 20-yards, before Keohane headed across goal and wide of the far upright after getting on the end of Stephen Dooley’s dinked ball over the top. Dooley had done brilliantly to turn past three men in midfield before driving forward and exchanging passes with Cashman and sending in the cross.

Odoh who then fired wide of the near post from 25-yards.

Rochdale continued on top and on the half hour, Morley delivered to the back post for the lurking Corey O’Keeffe but the Shrews stole in before him and nodded behind. From the resulting corner, Dale came agonisingly close to scoring the opener. Captain Eoghan O'Connell got something on the delivery and Beesley and Dorsett both had efforts blocked on the line.

Rochdale continued on the ascendancy and won another corner soon after, with Morley’s inviting delivery fizzing across the face of goal waiting to be turned home, but no-one could get on the end of it.

Moments before half time, Keohane dragged an effort narrowly wide of the upright, as Dale continued with a strong foothold on the game.

Shrewsbury started the second half at pace and three minutes after the restart, Sam Cosgrove squandered the hosts’ best opportunity of the game so far, as he fired over from 10-yards.

Eight minutes later, Morley was first to a partial clearance and caught his left-foot volley cleanly, but Marko Marosi got across to claim it.

Soon after, Elliott Bennett headed wide from Luke Leahy’s cross, while Morley had struck over from 25-yards.

Rochdale had begun to take control of the second half when Dale were awarded a penalty and the Shrews were reduced to ten men in the 68th minute.

After Beesley broke into the area, he was brought down by Matthew Pennington, who, as a result of the foul, was shown a straight red card. The Dale forward stepped up to take the spot kick and fired high into the corner beyond Marosi who had gone the right way.

Dale’s first substitution of the game followed in the 75th minute, when Alex Newby replaced Odoh.

And three minute later Rochdale doubled their advantage as substitute Newby crossed for Cashman at the back post, who nodded home from inside the six-yard box to score his first goal for the club.

Goal scorer Cashman made way for Josh Andrews shortly after the goal, in Dale’s second change of the game.

And Rochdale came close extending their lead further with a couple of minutes left to play. After being fed in by Newby, Andrews shot across goal and narrowly wide of the far post from a tight angle. Keohane came racing in at the back post to try and make a connection but couldn’t get on the end of it.

In stoppage time, Dooley made way for Ethan Brierley. 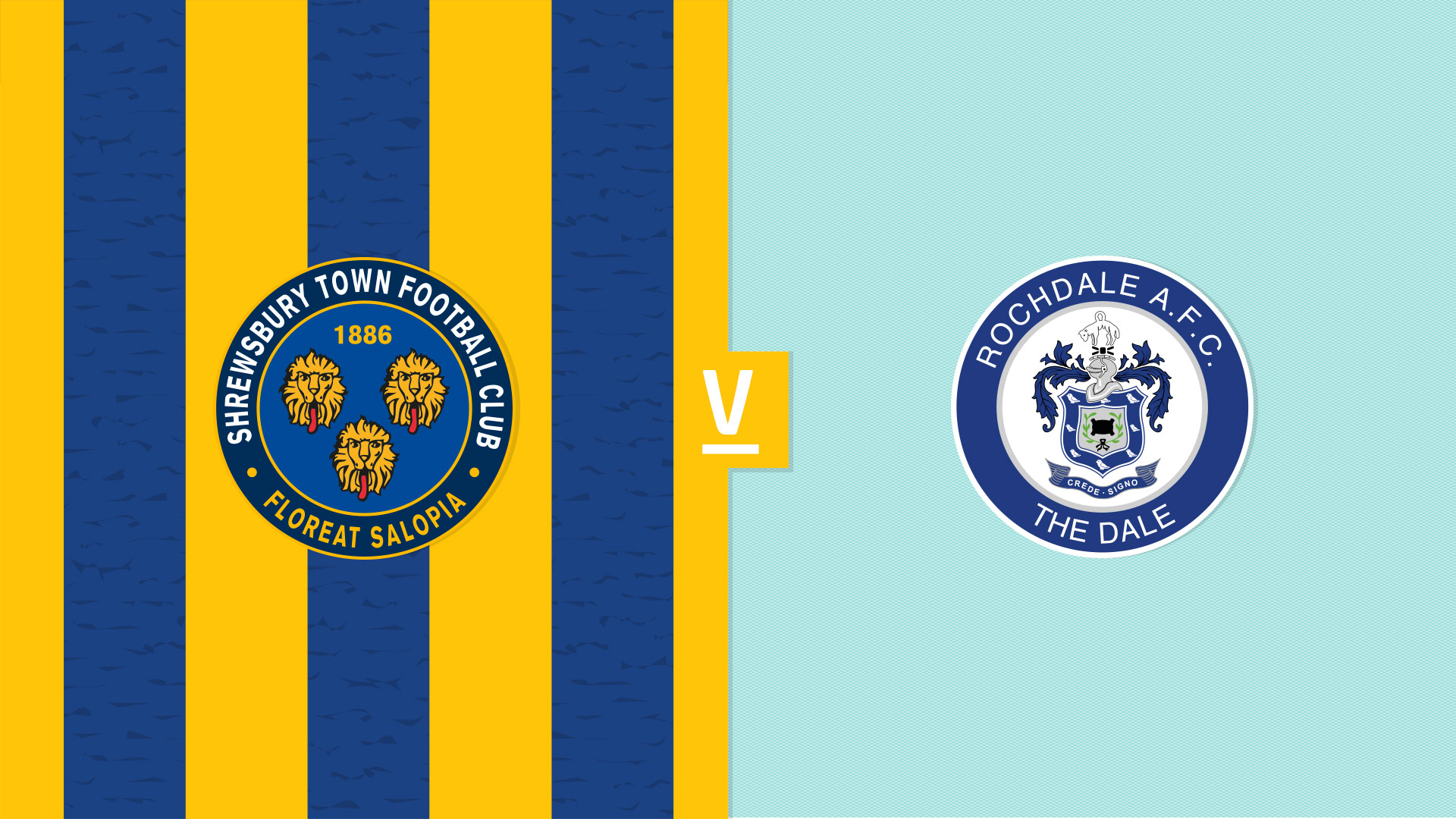 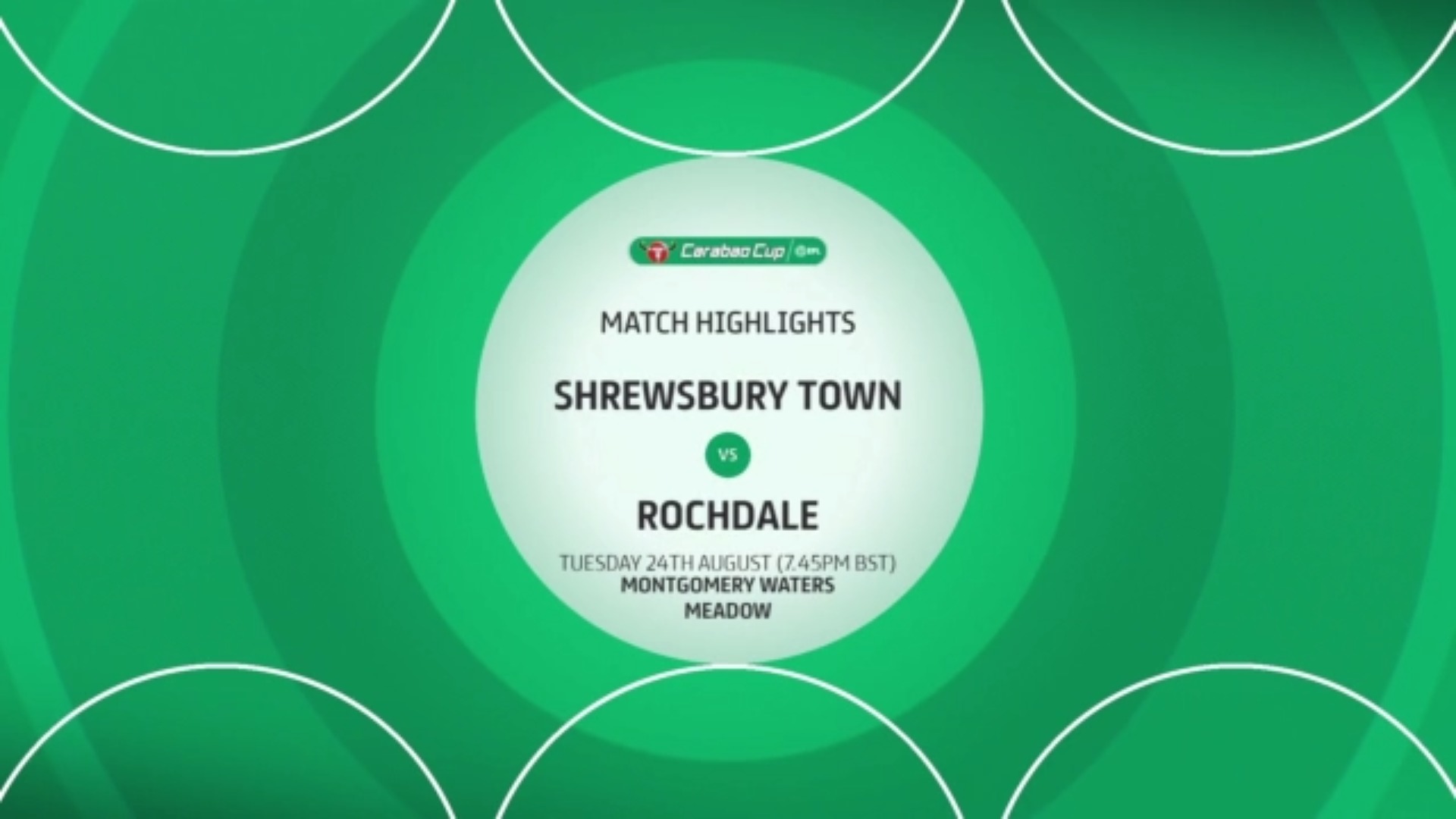 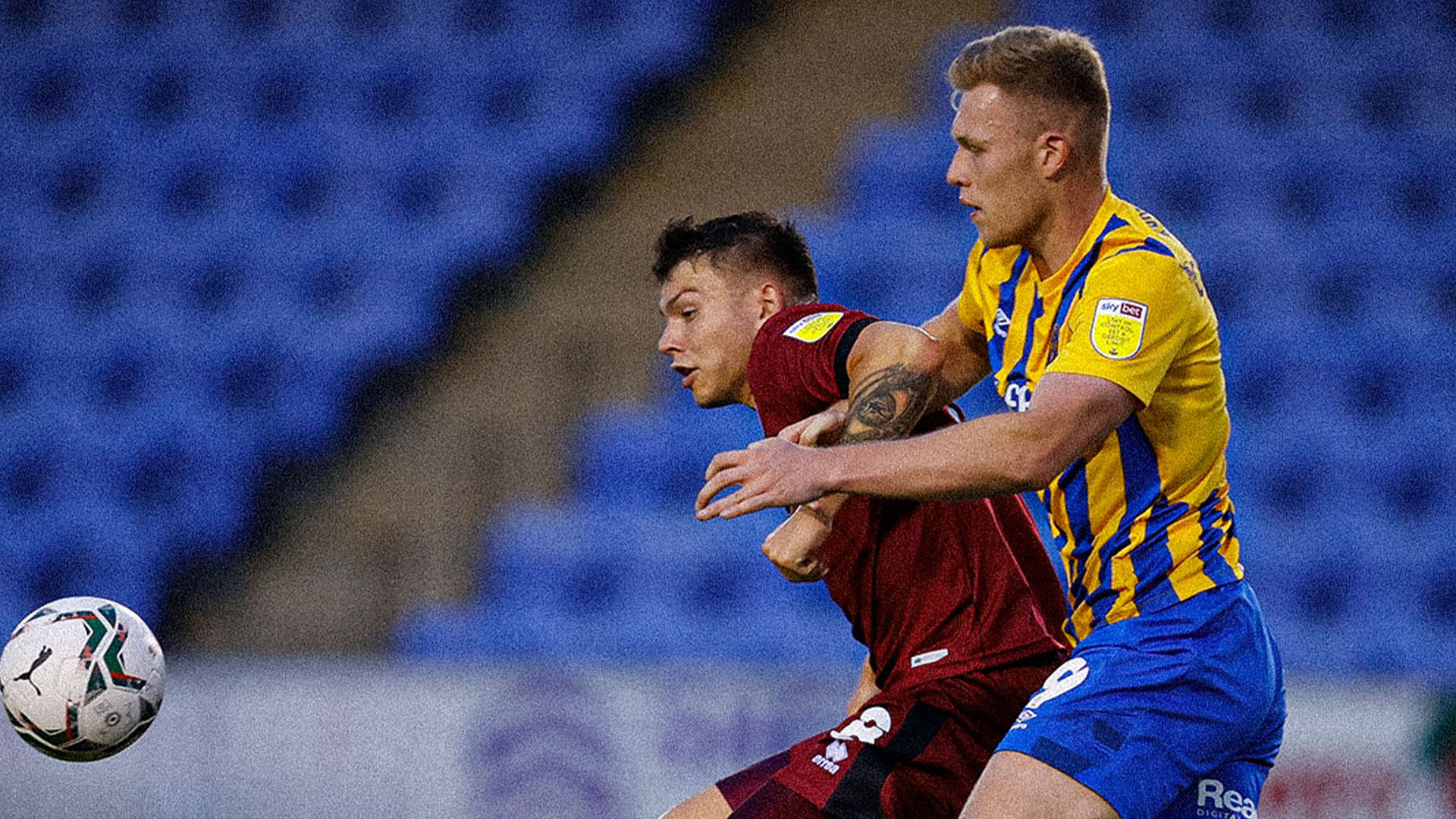