Dale are straight back in action at the Crown Oil Arena on Tuesday night, as we welcome Forest Green Rovers in Sky Bet League Two.

Supporters can purchase tickets for Tuesday night's game right up until kick-off via our online ticketing website.

For all the information you need on admission details, kiosks, bars and much more is in our matchday information pack.

Click HERE to read what Rovers manager Rob Edwards had to say ahead of the game.

Can't make it to the Crown Oil Arena on Tuesday night? Supporters in the UK & Ireland can watch the game LIVE on iFollow Dale, in addition to fans living overseas.

Click HERE to purchase your £10 match pass now. Commentary gets underway at 7.35pm.

Rochdale fell to their first home defeat of the season on Tuesday night, following a 2-1 loss to Forest Green Rovers at the Crown Oil Arena.

Dale went in at the break a goal behind, despite being on top for much of the first half, after Jamille Matt broke the deadlock against the run of play.

Robbie Stockdale’s side equalised three minutes after the interval through Alex Newby, only to conceded sixty seconds later - Mathews Stevens with the goal - to go behind for a second time.

There were two changes to the side that lined up against Scunthorpe United at the weekend, as Stephen Dooley and Abraham Odoh came in for George Broadbent and Danny Cashman.

Rochdale started the game brightly and caused problems for the visitors, without ultimately testing Luke McGee.

Jake Beesley had the first effort on goal, when his shot on the turn was deflected wide.

Captain Eoghan O’Connell then took a quick free-kick which was well saved, only for it to be pulled back by the referee for it to be taken again and Aaron Morley had his shot blocked by the wall.

Dale’s first change of the game came in the 24th minute, when Beesley was unable to continue through injury and he was replaced by Josh Andrews, who came on to make his debut.

Odoh was proving to be a real handful for the visitors and he was fouled on several occasions. From a third awarded free-kick, Newby pulled the ball back across goal, but agonisingly there is no-one in a Dale shirt at the back post to turn it goal wards.

On the half hour, Odoh did well to get to the byline before finding Done, whose shot was well-kept out and eventually held by McGee.

Rochdale had dominated but after being unable to capitalise on their time on top, they found themselves behind, against the run of play, with 33 minutes on the clock. Matt found the bottom corner from a low ball in from the right.

In stoppage time, Morley fired wide from range, before driving an effort narrowly wide from 20-yards.

Two minutes after the restart Forest Green Rovers came within inches of doubling their advantage, but Stevens, who had met a corner to the back post, saw his header denied by the base of the post.

Rochdale, however, were back on level terms a minute later.

Stephen Dooley’s cross was headed back across the area to Newby who smashed the ball into the roof of the net.

The euphoria was short-lived, though, and Rovers were back in front sixty seconds later through Stevens, who finished across Lynch and into the far corner.

Soon after the hour, Odoh forced McGee into a fine save. After some neat play down the left, Dooley superbly cut the ball back for Odoh who was waiting in a dangerous position, and he saw his low strike, which was aimed for the bottom corner, kept out by the goalkeeper.

Debutant Andrews then glanced a header narrowly wide of the post, as Dale went in search of an equaliser.

Up the other end, Max Taylor was on hand to put in a goal saving block to divert a low cross over the crossbar from just a couple of yards out, as Matt lurked just behind.

Rochdale were still in search of the equaliser and Morley sent Corey O’Keeffe in on goal with a brilliant ball over the top, but Nicky Cadden pulled off two fantastic blocks to to deny him at source.

A second substitution followed, as Sam Graham made way for Danny Graham.

There was ten minutes of added time at the end of the game due to a long stoppage in play whilst Udoka Godwin-Malife received treatment on the pitch before being stretchered off, but Forest Green stood firm to see out the victory. 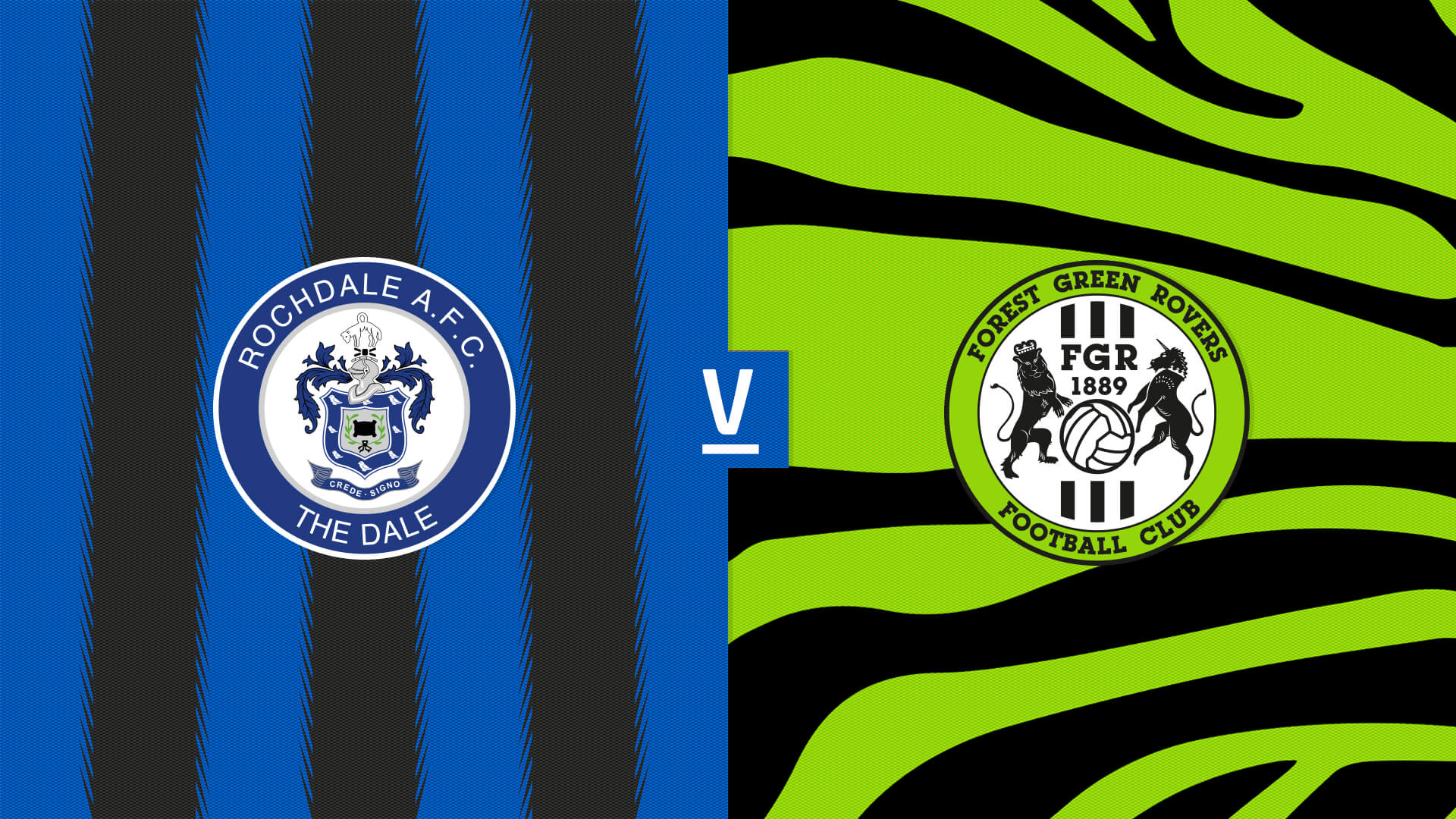 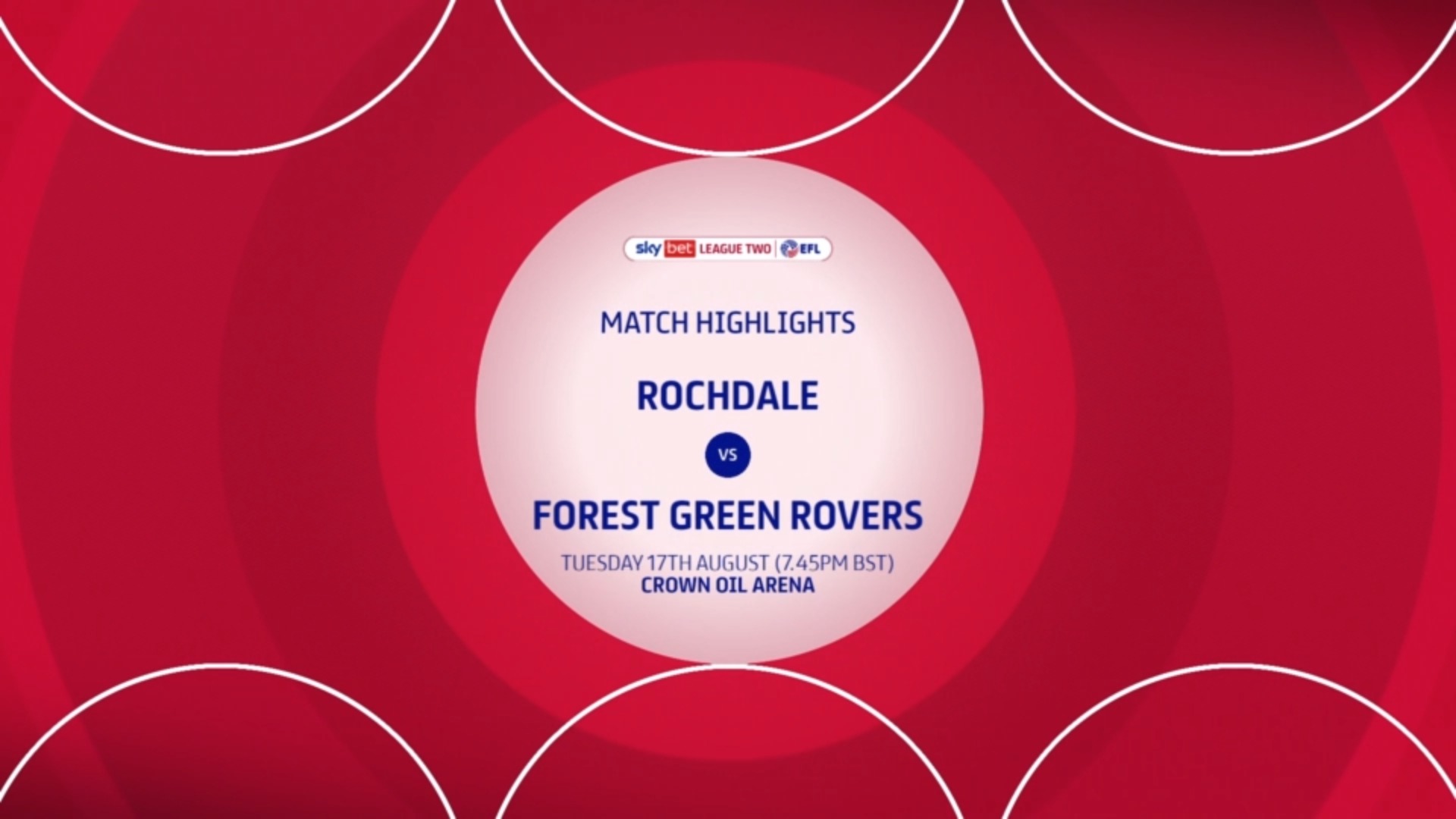 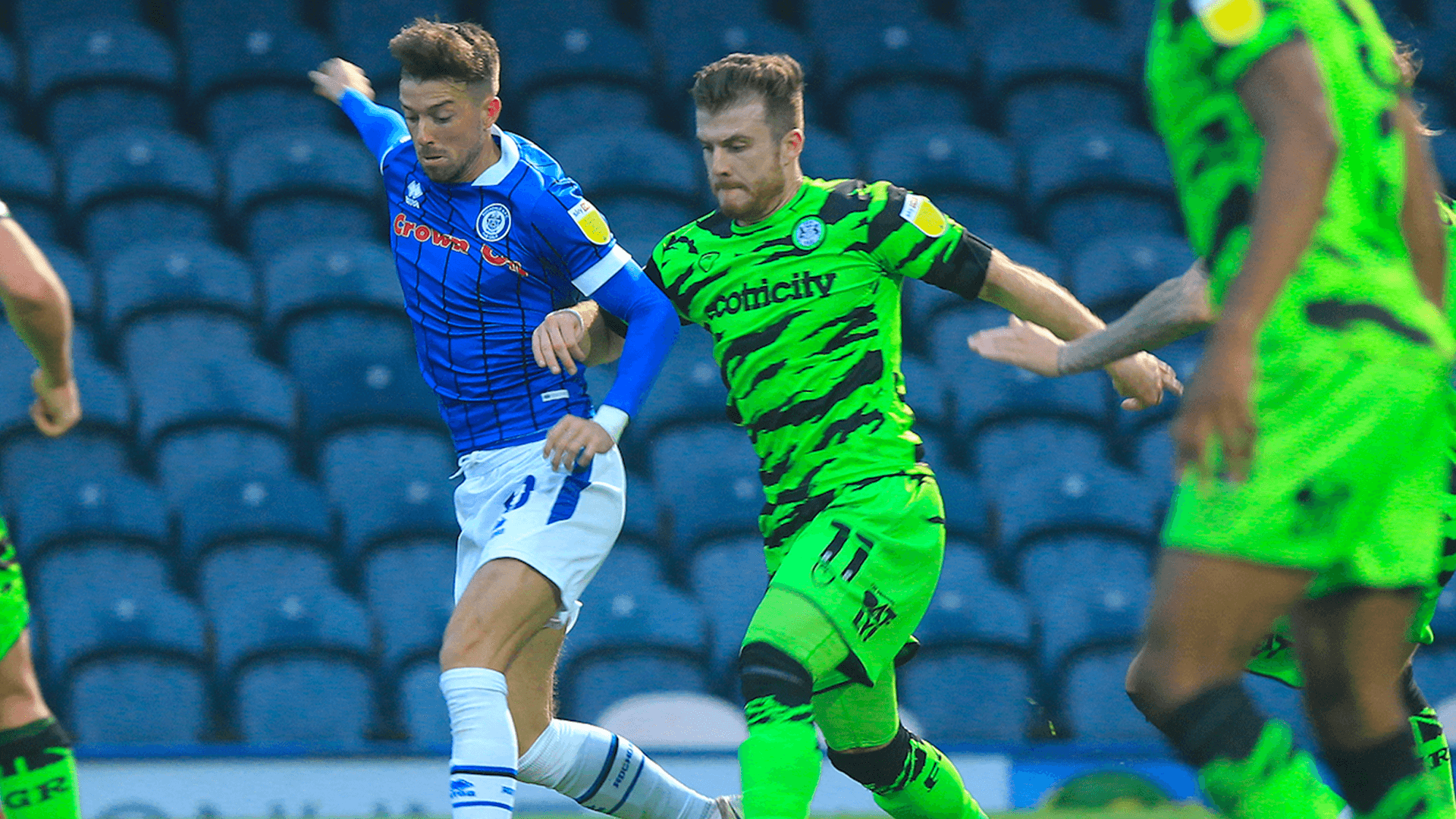