Dale are back on the road again on Saturday, facing Northampton Town in Sky Bet League Two.

Supporters can pay on the day at Sixfields.

Tickets will be available to purchase from the portacabin behind the away stand. Please note, this is card only. Collections can also be made from this cabin.

Manager Robbie Stockdale spoke to the club’s website ahead of the trip.

The gaffer confirmed that Jim McNulty's period of isolation ends in time for the weekend, meaning he is available for selection again.

However, Aidy White, Conor Grant and George Broadbent will all miss the game due to their positive Covid tests.

Jake Beesley, who was forced off in the first-half of Tuesday's game, will also miss out.

Click HERE for directions to the stadium and information on where to park.

Dale fans are welcome in Carr's Bar before the game, which is situated in the West Stand.

Rochdale secured their first victory of the 2021/22 campaign on Saturday with a 3-1 win over Northampton Town at Sixfields.

Taylor opened the scoring in the first half, only for the Cobblers to level four minutes later, but Andrews put Dale back in front after the break and the side defended resolutely to maintain the lead and Odoh sealed the win deep in stoppage time.

Rochdale had some early defending to do as the Cobblers applied the pressure during the opening exchanges but Dale stood firm to rebuff their advances, with Max Taylor, most notably, putting in an important block to defend away Sam Hoskins’ first time volley.

Taylor then partially defended away Jon Guthrie’s ball back across the goal from a corner, from which Sid Nelson went on to head wide.

And it was Dale that opened the scoring in the 17th minute, when they broke the deadlock from a well-worked set-piece routine.

Corey O’Keeffe played a free-kick short to Aaron Morley on the edge of the area who curled a ball to the back post, where Taylor rose highest to nod beyond Liam Roberts, to score his first goal for the club.

But the Cobblers were back level four minutes later.

Guthrie met Mitch Pinnock’s free-kick into the area and sent a stopping header past Jay Lynch.

The game was open and end to end at times, but Dale had the better of the opportunities late in the first half.

O’Keeffe delivered a dangerous ball into the area for Done, who, under pressure from Hoskins, couldn’t get a clean touch, and the ball bounced wide. After the challenge from Hoskins, Done received treatment.

And in stoppage time, O’Keeffe himself struck an effort wide of the upright from the edge of the box.

There were two changes for the start of the second half, as Done made way for Jimmy Keohane and Jeriel Dorsett, who joined the club on loan from Reading on Friday, made his debut, replacing Sam Graham.

Rochdale started the half on top, causing problems for Northampton Town, and continued to dominate throughout second period.

O’Keefe did brilliantly to keep the ball in play on the right touchline before sending the ball cross field to Keohane on the left. At the byline, he delivered into the area for Andrews, who turned the ball over from close range.

Soon after, Morley picked out O'Keeffe who clipped a cross to the back post for Keohane, but his header was blocked on its way to goal, and he had a follow up effort blocked.

Keohane then got on the end of O’Keeffe’s delivery and headed over.

Up the other end, Joseph had a header comfortably held by Lynch, before the ‘keeper away Pinnock’s shot a minute later.

In between the two Cobblers’ efforts, Alex Newby had a low shot held by Roberts.

Dale’s regained the lead in the 73rd minute, which was no more than their play deserved.

Stephen Dooley sent Andrews in on goal, one on one with the ‘keeper, and he coolly finished beyond Roberts to restore Rochdale’s advantage.

Rochdale came agonisingly close to putting the game out of sight six minutes from time when Morley found Keohane with a cross into the box. Keohane nodded down and could only look on as he saw his header creep inches wide of the upright. Cashman had come sliding in at the post to try and turn it over the line, but he couldn’t get a decisive touch on it.

As the game entered stoppage time, Hoskins fired low and wide for the hosts, while Guthrie headed wide at the back post from a corner with moments left to play.

It was game over in the 95th minute when Abraham Odoh raced onto Cashman’s through ball and he fired into the top corner. 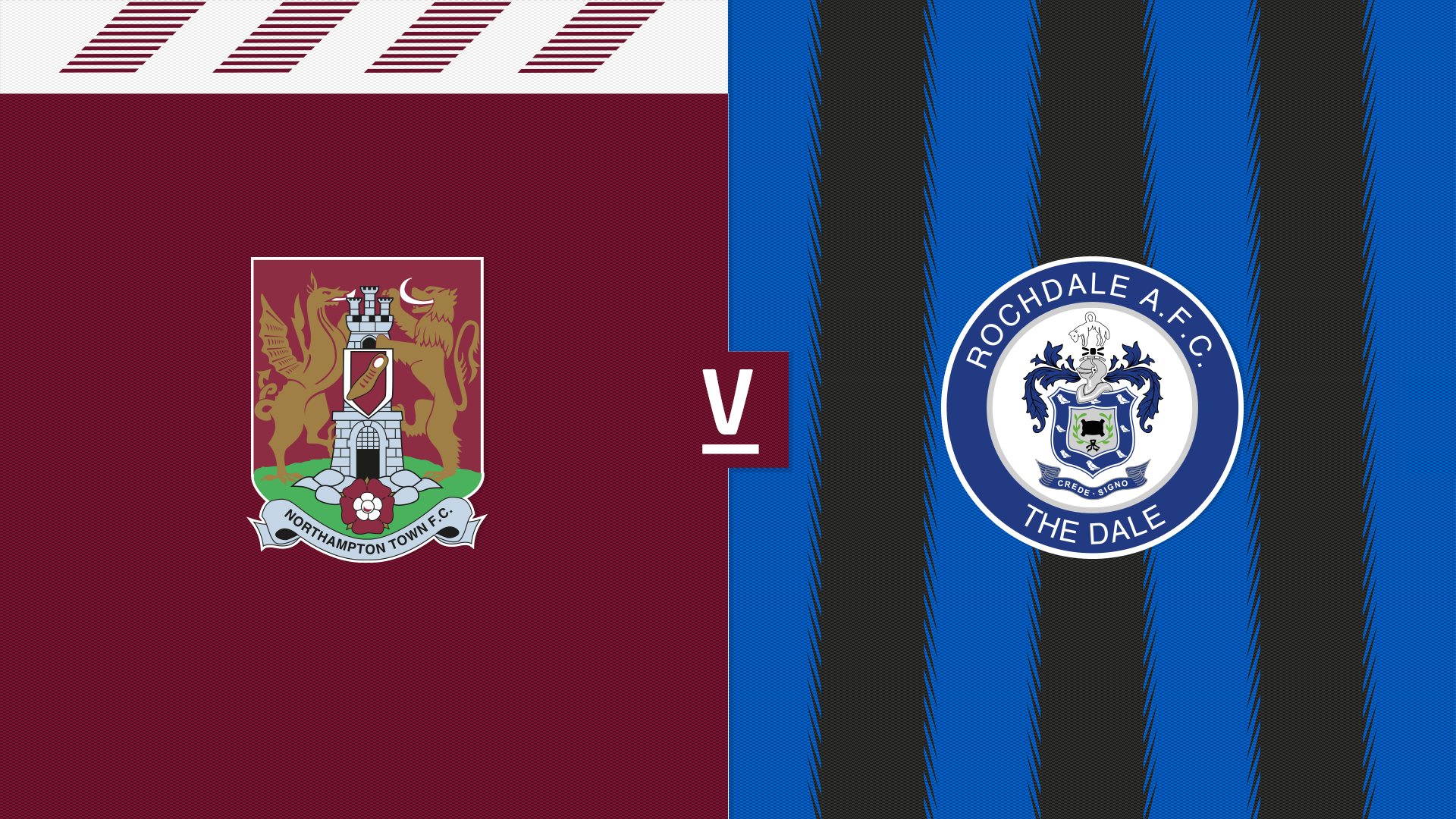 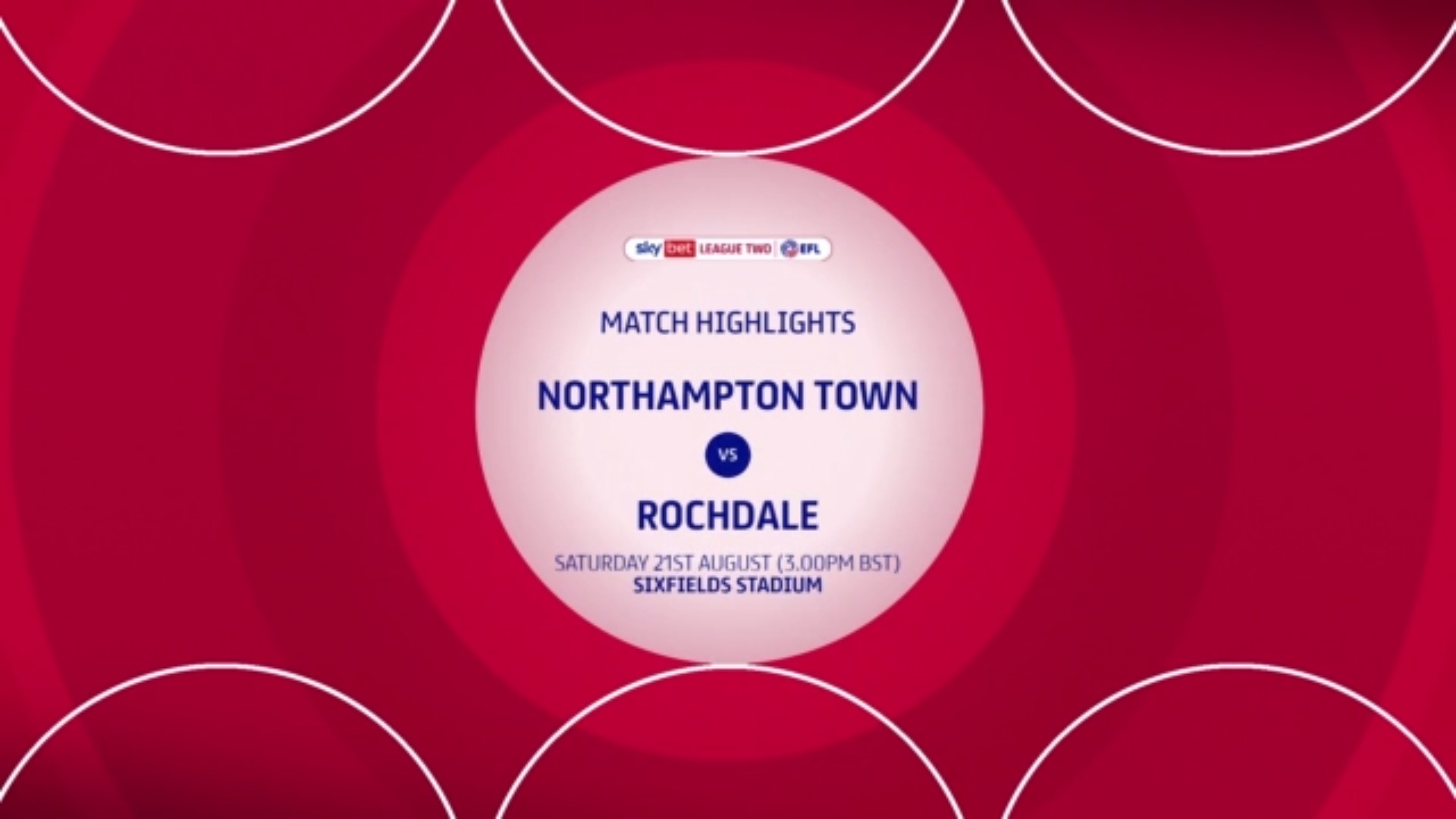 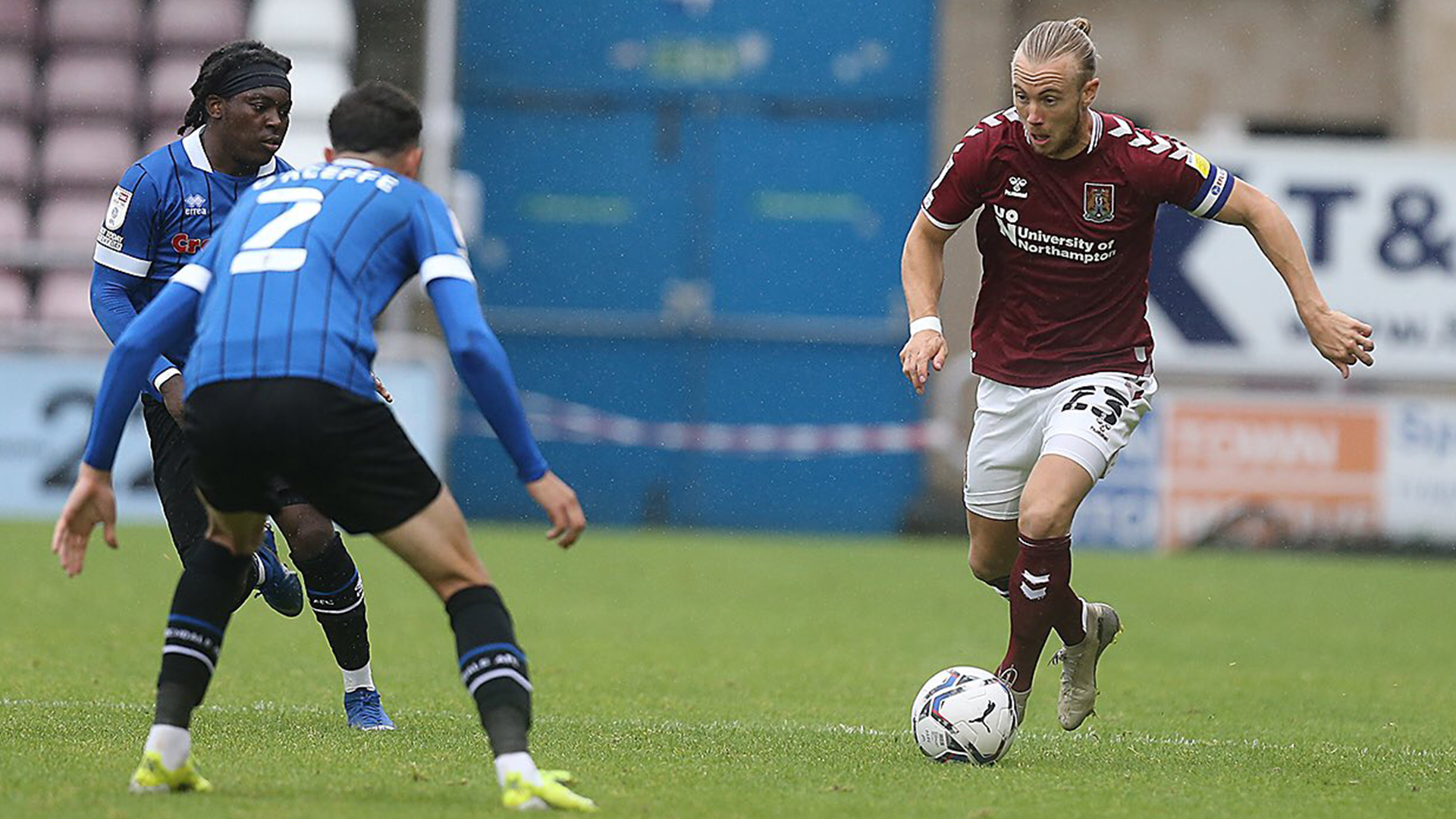