Dale are back at the Crown Oil Arena on Saturday, as they welcome Doncaster Rovers in Sky Bet League One.

Calvin Andrew’s late leveller at Blackpool last weekend means Dale are currently 15th in the table, whilst Doncaster Rovers are sixth after an impressive September which saw Grant McCann win Manager of the Month and marksman John Marquis pick up Player of the Month.

Manager Keith Hill says he is prepared for the visit of Doncaster on Saturday.

🎥🗣️ The Gaffer on Doncaster Rovers 👇

It is pay on the day at the Crown Oil Arena on Saturday.

Supporters can pay through the turnstiles for the Pearl Street Stand, the Sandy Lane and the away stand. However, supporters wishing to sit in the Main Stand must purchase a ticket from the RAFC Ticket Office before going to the turnstiles.

Are you a first-time visitor to the Crown Oil Arena? Click HERE for all of the information you may need in order to plan your visit and make the most of the matchday experience at Rochdale Football Club!

If you are a Doncaster Rovers fan making your way to the Crown Oil Arena for Saturday’s game, click HERE and have a read of our Visiting Supporters’ Guide which is packed full of useful information! 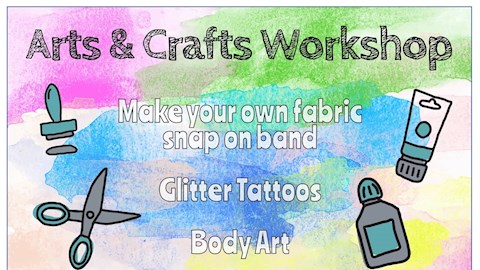 Youngsters can get creative at our FREE arts and crafts workshop before Saturday’s game! Click HERE for full details.

Don't forget to give Saturday's mascots a warm reception! Click HERE to view our preview of what the Community Trust have on.

The Ratcliffe Bars, situated on the Crown Oil Arena car park, are open to both home and away supporters from midday. 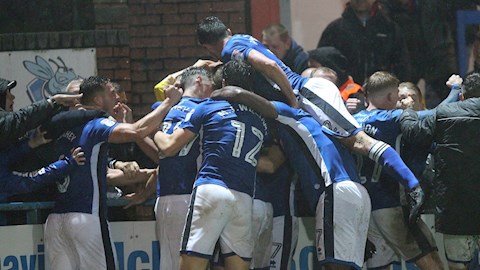 Last season’s encounter between the sides at the Crown Oil Arena saw Dale score two goals in added time to secure a dramatic turnaround against Doncaster.

Dale were trailing to John Marquis’ goal, but Mark Kitching and Steven Davies turned the game on its head to gain a first league win of the season.

Sky Bet are offering odds of 6/4 for a Dale win on Saturday.

Rochdale AFC’s matchday programme – The Voice of Spotland – is back on Saturday.

The new features for the 2018/19 season return and there is a pull-out caricature poster of Joe Rafferty inside!

Dale were beaten 3-2 by Doncaster Rovers at the Crown Oil Arena despite dominating large parts of the game.

Ali Crawford fired the visitors in front early on, but Dale couldn’t grab an equaliser before half-time despite creating a whole host of chances.

Andy Butler doubled Doncaster’s lead shortly after the break, before Ian Henderson halved the deficit from the penalty spot.

Dale pushed on and Calvin Andrew saw a header cleared off the line, but they couldn’t find the goal their play deserved.

Keith Hill made one change to the last league outing at Blackpool, with Kgosi Ntlhe coming in for Ryan Delaney, who is on international duty with Republic of Ireland Under-21s.

Dale began well, Bradden Inman seeing an effort cleared off the line after good interplay between himself, Ollie Rathbone and Zach Clough.

Alfie May fired wide for the visitors and Josh Lillis saved well from John Marquis’ shot from the edge of the area.

Clough and Ian Henderson saw efforts held by Doncaster goalkeeper Marko Marosi, before Kgosi Ntlhe, captaining the side, sent a header into the side netting from Clough’s free-kick to the back post.

The opening goal came from the visitors, when a pull-back from the right side was fired into the ground and beyond Lillis, who couldn’t turn the ball away, by Crawford.

Dale responded superbly and it was one-way traffic for the remainder of the half.

Henderson turned a Rathbone shot wide of the post, before Clough brought a fine save out of Marosi from Rathbone’s lay-off.

Inman saw a shot bloked behind, Ntlhe glanced a header wide of the far post and Joe Rafferty dragged a left-foot effort wide of the near post as Dale continued to dominate.

The best chance of the half fell to Henderson with nine minutes remaining. Inman picked up on a poor back-pass to the goalkeeper and squared to Henderson, who had a shot cleared off the line. It came back to him six-yards out with most of the goal open, but he fired against the crossbar.

Dale’s top scorer then found Inman with a great ball over the top. Inman latched on to it and squared for Clough, who had his shot blocked.

Rathbone had a shot blocked and Ntlhe fired well wide from distance, but for all Dale’s good play the visitors could have gone into the break two goals up.

Lillis denied Marquis with a low save, before the Doncaster forward fired an effort off the upright from Danny Andrew’s low square ball.

Clough was inches away from connecting with a Sam Hart cross almost instantly from the restart, the dangerous cross being turned behind, before the visitors doubled their lead.

An in-swinging corner was met by Butler, who glanced a header in at the far post.

Calvin Andrew and Andy Cannon replaced David Perkins and Hart in a double substitute, and just moments later Dale pulled one back.

Ntlhe was fouled in the area as a corner was sent back into the area, with Henderson firing the penalty low into the bottom corner.

MJ Williams had a shot deflected into the hands of Marosi who held well, before Doncaster restored their two goal lead midway through the half.

James Coppinger found space on the right and his inch perfect cross to the back post was turned in by substitute Anderson.

Stephen Dooley replaced Williams following the goal before Ntlhe halved the deficit again eight minutes from time. A Dale corner was nodded down into the defender and he poked home from the edge of the six-yard box.

Substitute Andrew saw a header cleared off the line from Dooley’s cross, whilst Rafferty had a header straight at the goalkeeper from Cannon’s back-post cross, as Dale couldn’t grab the equaliser they deserved.