Doncaster Rovers are the visitors to the Crown Oil Arena on Tuesday night, as Keith Hill’s side go in search of their first league win of the season.

Hill admitted Blackburn Rovers were “a better side” after Dale’s 3-0 defeat to the former Premier League winners on Saturday.

He is expecting another tough test against Doncaster, who won promotion from League Two at the first time of asking last season.

Darren Ferguson’s side sit 16th in the table this term, having won one and drawn three of their opening six games.

Speaking to iFollow in his pre-match interview, Hill said his team are in a transitional period at the moment.

Supporters can pay cash at the turnstiles on Tuesday night.

Tickets can also be bought in advance. Visit www.rafctickets.co.uk to purchase yours online, or pop into to the Ticket Office in person.

The previous meeting between the two sides came at the Crown Oil Arena, when Niall Canavan struck deep into injury time to rescue a point for Dale.

Callum Camps put Dale ahead just before the break, but Ferguson’s side turned the game on its head in the second half, when goals from Mitchell Lund and Andy Butler looked to have won the game for the visitors.

Craig Alcock was shown a second yellow card in added time, shortly before Canavan’s strike secured Dale a point with almost the last kick of the game. 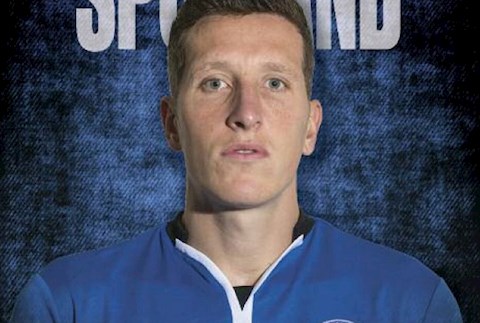 Jimmy McNulty is the cover star, and there is a pull-out poster of the defender inside to collect!

TVOS will be on sale around the ground and at the Club Shop, priced at £3.

Dale are  to record victory over Doncaster tomorrow.

Fans in the UK can listen to match audio commentary on iFollow, whilst overseas fans can WATCH the match live! The programme will start at 7:40pm.

We will also be tweeting live updates from the match.

Rochdale scored twice in second half injury time to complete a stunning comeback in a 2-1 win over Doncaster Rovers.

Steven Davies had a penalty saved inside the opening ten minutes, and Dale looked to be heading for defeat when John Marquis put the visitors ahead in the 74th minute.

Keith Hill’s men never say die though, and they mounted a miraculous turnaround in added time.

Mark Kitching produced a stunning volley to draw Dale level, before Davies stole in at the far post to score a dramatic winner in front of the Sandy Lane.

There were three changes from the weekend, as Joe Rafferty, Ollie Rathbone and Bradden Inman all started.

Dale’s early spot kick came after just seven minutes. Davies chested a long pass forward into the path of Rathbone, whose half volley was palmed away by Doncaster stopper Ian Lawlor.

Matty Done chased down the loose ball and was upended on the far-right edge of the area. Davies stepped up, but Lawlor held on to his effort low to his left.

Rathbone was involved again two minutes later, when his cross from the right was palmed away.

Despite the missed penalty, Dale continued to dominate the opening exchanges. Rafferty saw a shot blocked behind after being found by M J Williams, whilst Andy Cannon’s left foot effort flew wide of the far post.

Jordan Houghton fired a volley wide for the visitors, whilst John Marquis’ free-kick from range was well held by Brendan Moore.

Rafferty had another effort after advancing from right back, with his strike beaten away by Lawlor at the near post.

Williams saw a strike from distance deflected over the crossbar shortly after the break, whilst Doncaster Captain James Coppinger had an effort turned behind by Moore.

Coppinger then curled an effort inches over the crossbar, shortly before Rathbone was replaced by Mark Kitching.

The visitors took the lead with 16 minutes remaining. A corner headed goalwards was collected by a Doncaster man, whose turn and shot rebounded off the upright. It fell for Marquis, who prodded home to break the deadlock.

Dale were pushing for an equaliser, and came close when Davies had a header cleared off the line, before Rafferty’s shot was well saved by Lawlor.

It looked as though Dale were heading for defeat, until a dramatic injury time turned the game on its head.

Kitching produced a stunning volley to draw Dale level, his shot dipping over Lawlor and into the top corner.

But Dale weren’t done there. Joe Bunney won a corner, which he sent into the area. It was flicked on at the near post, straight into the path of Davies who prodded home to complete a sensational turnaround.