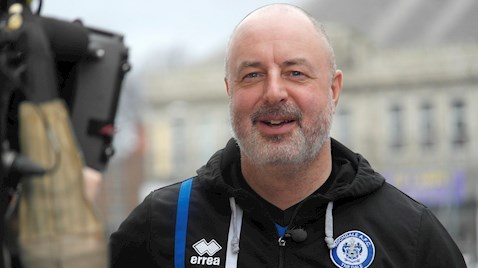 FREEVIEW | Keith Hill Looks Ahead To Final Game Of The Season

Rochdale welcome Charlton Athletic to the Crown Oil Arena, in the final game of the 2017/18 season.

Keith Hill’s side must better Oldham Athletic’s result at Northampton Town if they are to survive relegation to League Two, whilst the Addicks need just a point to secure a play-off spot.

Dale are a point behind Oldham, but with a much better goal difference, so a draw would be enough should Latics lose at Sixfields.

Keith Hill has said he and the players are ready for Saturday's game. Click HERE to read his pre-match thoughts.

His pre-match interview is available to watch for FREE on iFollow Dale. Click HERE to watch.

Addicks boss Lee Bowyer spoke to his club’s official website ahead of the game.

“No team is a pushover in this league,” said Bowyer.

“They’re at home, they need points to stay up and I have no doubt it will be a tough and physical game but I have no doubt my players will turn up with the right attitude and respect them, so it should be an interesting game.” 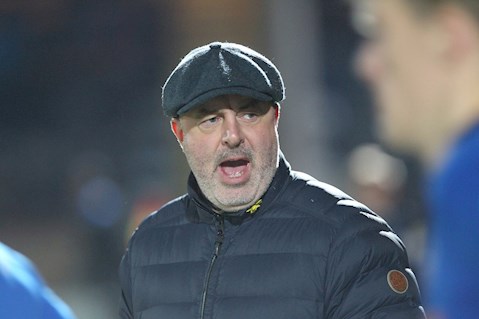 This match is not ALL TICKET. Fans can pay on the day.

Supporters can pay cash through the turnstiles for the Pearl Street Stand, the Sandy Lane and the away end. Supporters wishing to sit in the Main Stand must purchase a ticket from the RAFC Ticket Office before going to the turnstiles.

Rochdale are 23/20 with Sky Bet to beat Charlton Athletic at the Crown Oil Arena on Saturday.

Dale were 2-0 winners over Charlton back in 2011, thanks to goals from Jason Kennedy and Craig Dawson. 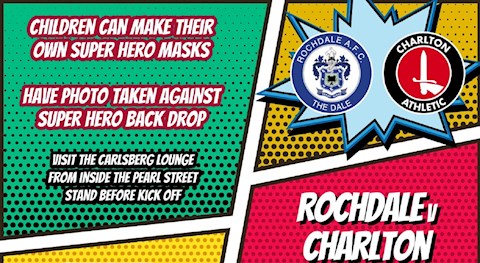 The Ratcliffe Bars, situated on the Crown Oil Arena car park, are open to both home and away supporters from 2pm. Full details can be found HERE.

Meanwhile, youngsters can take part in our Superheroes workshop in the Carlsberg Lounge. Access the event via the Pearl Street Stand turnstiles, open from 4pm. Click HERE for details.

There will be 12 local junior teams acting as flag bearers before kick-off. Click HERE to read more.

Ryan Delaney is the cover star on this weekend’s official matchday programme – The Voice Of Spotland.

There is a pull-out poster of the defender inside for youngsters to collect, along with plenty of features to keep readers entertained.

Fans in the UK can listen to match audio commentary on iFollow, whilst overseas supporters can WATCH the match LIVE. The programme will start at 5.25pm.

Dale needed to better Oldham Athletic’s result, and with 20 minutes remaining both sides were drawing.

Thompson came off the bench minutes earlier and fired home with his left foot, and after a ten-minute wait for the result from Sixfields to come through, Dale could celebrate another season in League One.

Ian Henderson returned to the starting eleven after completing his four-game suspension, in place of Joe Thompson.

It was the skipper who had a golden opportunity to break the deadlock after just seven minutes.

Callum Camps’ free-kick was saved by Charlton stopper Ben Amos but right into the path of Henderson, who could only turn the ball against the inside of the post.

Joe Aribo sent an effort straight at Josh Lillis which the Dale ‘keeper held, before Ryan Delaney had a header from a corner superbly saved by Amos.

Dale came under a bit of pressure midway through the half, as Jake Forster-Caskey sent a few efforts off target for the visitors, before sending an effort at Lillis which he held.

Matty Done sent a shot from distance off target, as the first-half came to an end with few openings for either side.

Sullay Kaikai had a shot deflected wide soon after the restart, before Henderson shot and Calvin Andrew headed into the arms of Amos.

Camps saw a lot shot well saved, and with 20 minutes to go came the magic moment.

Thompson, brought on as a substitute minutes earlier, picked up on a ball just inside the area, and fired low into the bottom corner to the jubilant celebrations inside the Crown Oil Arena.

Steven Davies had a shot held inside the final ten minutes, and despite the full-time whistle going at the Crown Oil Arena.

There was an agonising wait for the result from Sixfields to come through, but when confirmation that Oldham Athletic could only draw 2-2 at Northampton Town, the players and fans celebrated as one.

We are staying up!