Rochdale make only their second trip to Wembley Stadium on Wednesday night, almost ten years after their first, to take on Tottenham Hotspur in the Emirates FA Cup fifth round replay.

Steven Davies’ equaliser in added time just over a week ago sparked wild celebrations at the Crown Oil Arena, and earned Dale a deserved replay against one of the Premier League’s elite.

Ian Henderson’s goal on the stroke of half-time was cancelled out by Lucas Moura, before Harry Kane’s penalty looked to have knocked Keith Hill’s side out of the competition.

However, Dale didn’t give up, and when Davies fired into the bottom corner in the 93rd minute, Dale’s Wembley dream came true once again.

iFollow subscribers can watch pre-match interviews with Keith Hill, Steven Davies and Callum Camps, whilst you can read what they have to say by following the links below.

I Want The Players To Be Brave - Keith Hill

We Want To Do Ourselves Proud - Steven Davies

Supporters who purchased their tickets over the phone can collect them from the East Ticket Office at Wembley Stadium. These will be available for collection from 5.30pm.

The East Ticket Office is located on B1 Level, which is also known as the Mezzanine Level.

Supporters who have booked on the club’s official coach travel to Wembley Stadium are encouraged to arrive in good time at the Crown Oil Arena for the 12:30pm departure time.

You MUST travel on the coach number that is on your coach ticket. Parking at the Crown Oil Arena will be limited, so it is first come first served.

For a complete Wednesday night specific guide to Wembley Stadium, including all the details Dale fans will need, click HERE.

The FA have confirmed that Video Assisted Referees (VAR) will be used at Wembley Stadium for the game.

Check out highlights from the 2-2 draw against Spurs at the Crown Oil Arena last Sunday.

Fans in the UK can listen to match audio commentary on iFollow. The programme will start at 7.40pm.

The match is LIVE on BT Sport 2. The programme starts at 7.15pm. 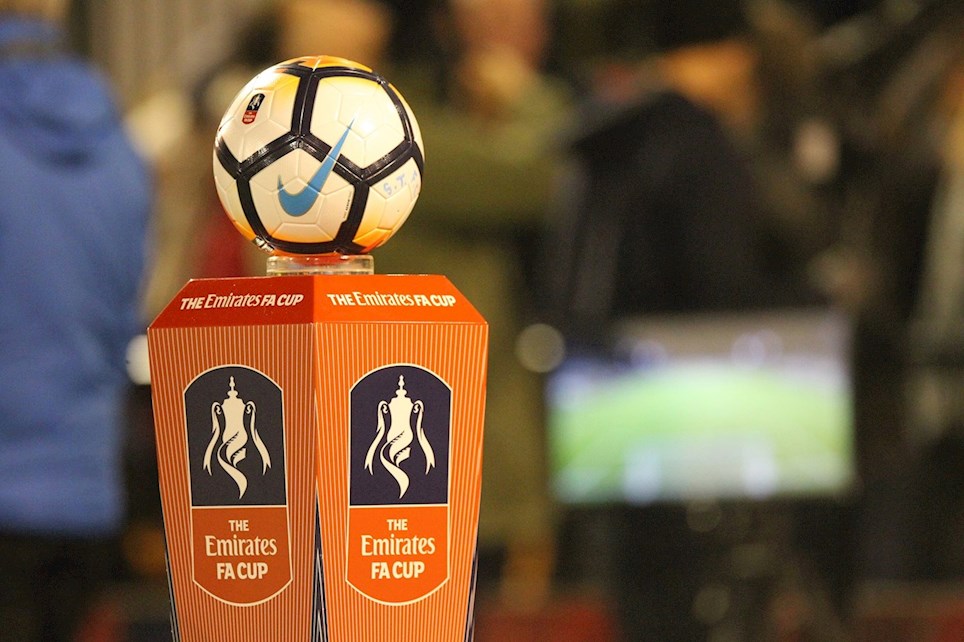 
We can confirm that Dale’s Emirates FA Cup fifth round replay against Tottenham Hotspur at Wembley Stadium will take place on Wednesday 28th February, 7.45pm kick-off.

Rochdale bowed out of the Emirates FA Cup after a 6-1 defeat to Tottenham Hotspur at Wembley Stadium.

In a first-half that was dominated by VAR reviews, Heung-Min Son’s opener was cancelled out by Stephen Humphrys, and Andy Cannon struck the foot of the post, as Dale were inches away from leading going into the break.

A 12-minute hat-trick from Fernando Llorente after the break took the game away from Dale, and Son and Kyle Walker-Peters added two more to flatter the hosts, but the Dale players still left the Wembley pitch to a standing ovation from their loyal fans.

Keith Hill named the same squad as in the 2-2 draw at the Crown Oil Arena, with Joe Rafferty and Stephen Humphrys returning to the starting eleven from the weekend’s game at Wigan Athletic.

VAR was used for the first time in the sixth minute, ruling out Spurs’ initial opening goal. Son’s low ball across from the right was saved by Josh Lillis, but Erik Lamela turned the rebound home.

However, VAR rule the goal out for a foul by Fernando Llorente on Harrison McGahey, and the game remained goalless.

Dale’s first effort on goal came in the 15th minute, when Callum Camps’ ball over the top was perfect for Matty Done, who fired an effort just wide of the far post.

The hosts did take the lead in the 23rd minute. A quick counter attack led to Son driving into the area, cutting back onto his right foot, and curling an effort beyond Lillis.

He looked to have doubled their lead from the penalty spot five minutes later, but VAR intervened yet again.

Done fouled Kieran Trippier, which was initially given outside the area as a free-kick. However, after referral, a penalty was awarded, which Son dispatched, sending Lillis the wrong way.

Referee Paul Tierney disallowed the goal for a stutter in Son’s run-up, and after double checking with VAR, the decision stood.

With confusion still in the air, Dale seized and equalised with a superbly taken goal from Humphrys.

Andy Cannon lifted the ball over to the striker, and he produced a fine touch before rounding Michel Vorm and slotted home.

Dale were the width of a post away from going into the break ahead. After winning the ball high up the pitch, Humphrys played Cannon into the area, whose effort across the face of goal came back off the far post and clear of danger.

The home side retook the lead just two minutes after the break, when Llorente lifted Lucas’ through ball over Lillis.

Llorente then grabbed his second when he turned home Lucas’ low pass across goal from close range, and the tie was effectively ended when the Spanish international headed home Son’s dinked cross from a couple of yards out.

They managed to add a fifth through Son, who turned home Lamela’s squared ball after he had been played in behind the Dale defence.

Lamela curled a free-kick off the post, from which Dele Alli’s follow up was patted down and held by Lillis.

16-year-old Daniel Adshead replaced Cannon with 15 minutes remaining, shortly before Henderson flicked a free-kick goalwards but into the arms of Vorm, and Ryan Delaney headed a corner kick well over.

Substitute Kyle Walker-Peters added a sixth in the final minute of added time, but the chants of ‘Dale, Dale, Dale’ continued to ring around Wembley Stadium, as the players earned a rapturous reception from the outstanding travelling supporters.


We can confirm that Dale’s Emirates FA Cup fifth round replay against Tottenham Hotspur at Wembley Stadium will take place on Wednesday 28th February, 7.45pm kick-off.