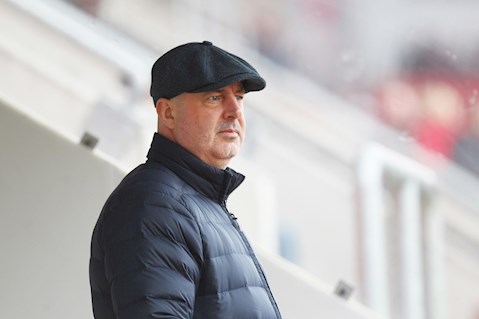 Keith Hill Looks Ahead To Saturday's Game Against Peterborough United

Dale are back on the road this Saturday, with a trip to face playoff hopefuls Peterborough United.

Tuesday’s defeat at home to league leaders Wigan Athletic means Dale are three points from safety heading into the final six games of the season, but with a game in hand on teams above them.

Peterborough’s 2-1 defeat at Plymouth Argyle last weekend leaves them in eighth place, but just a point off the last playoff place.

The match between the sides at the Crown Oil Arena in November ended 2-0 to Dale, thanks to goals from Calvin Andrew and Callum Camps.

Keith Hill wants his players to relax in their performance, be courageous and make good decisions.

Click HERE to read his pre-match thoughts, or iFollow subscribers can watch his interview HERE.

Posh boss Steve Evans told his club’s official website: “I watched Rochdale on Tuesday night [against Wigan] and they could have been level or even in front at the break. They have some good players, but so do we,” said Steve Evans.

Supporters who didn’t purchase in advance from the RAFC Ticket Office can still pay on the day at Peterborough. Click HERE for admission prices.

For a complete guide to the ABAX Stadium, visit Peterborough’s website by clicking HERE.

Dale’s visit to Peterborough in 2016 ended in a 2-1 victory, thanks to goals from Joe Bunney and Nathaniel Mendez-Laing.

Click HERE for a full flashback, including a match action gallery and highlights. 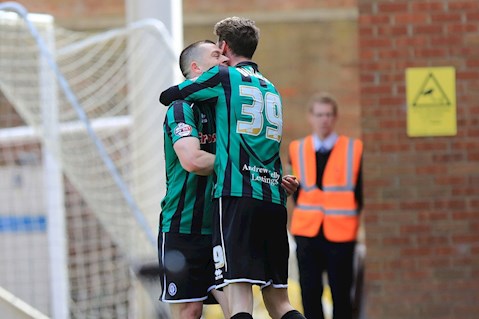 Sky Bet are offering odds of 9/5 for a Dale win on Saturday. Click HERE for the full betting preview.

Ten-man Dale moved to within a point of safety after a superb 1-0 victory at Peterborough United.

Ian Henderson’s 20th goal of the season, put Dale ahead after 16 minutes, but the skipper saw red shortly after the break for bringing down a Posh man on the counter attack.

It was backs to the wall stuff for Dale, with Josh Lillis producing a stunning save in added time, as they held on for what could be a crucial victory.

Keith Hill made two changes to his side from the midweek game against Wigan Athletic. Ryan Delaney and Mark Kitching returned to the starting eleven in place of Stephen Humphrys and Bradden Inman, who was ineligible to play against his parent club.

After an even opening to the game, it was Dale who broke the deadlock after just 16 minutes.

Callum Camps’ dangerous cross fell to Calvin Andrew, whose poke goalwards was turned away by Conor O’Malley. Henderson kept it alive, and after turning past a defender, smashed his effort into the roof of the net.

Following the opener, Dale had the better of the game. Camps sent a free-kick into the wall, and Kitching dragged an effort wide, shortly before Henderson almost added a second.

A Dale corner was partially cleared to Camps who lofted it back into the area, where Andrew headed skywards before Delaney nodded forwards. It fell to Henderson, who with his back to goal, sent an overhead kick just wide of O’Malley’s left post.

Camps and Kitching both went into the book before the break, with the latter booked after going to ground in the area and not being awarded a penalty.

The hosts didn’t trouble Josh Lillis before half-time, with Junior Morias and George Cooper both sending efforts off target, before Camps’ rounded off the half with a half volley wide from almost 30-yards.

Dale made their task a lot more difficult six minutes after the break, when Henderson was given a straight red card for bringing down Jack Marriott with a flying challenge, as the Peterborough man raced away down the right side.

The home side thought they had levelled with 15 minutes remaining, when Edwards nodded home after Lillis had denied Danny Lloyd’s stinging effort. However, the assistant referee had his flag up for offside against Edwards.

Dale had a couple of great chances of their own to double the lead at the other end, when Thompson was denied by the legs of O’Malley after latching onto Andrew’s flick on.

From the resulting corner Andrew crashed a header off the top of the crossbar.

Edwards and Lopes both sent efforts off target for the hosts as they threw men forward in search of an equaliser, but Dale defended superbly with their backs to the wall.

There were two more moments for the hosts in four minutes added time, when Marriott’s effort took a number of deflections before flying past the far post.

Lillis then produced a stunning save in the final minute, clawing away a looping header from Lloyd to preserve Dale’s three points.

It was the final act of the game, and the players celebrated with the travelling supporters leaving the pitch, as Dale move to within a point of safety.