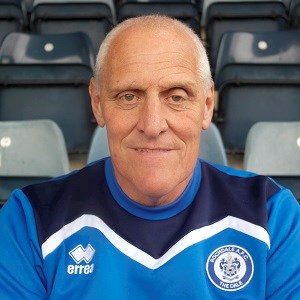 Keith Hicks has been Head of Community since October 1987, and has overseen a huge transformation of the Trust over the last 30 years.

He has seen the Trust develop from wholly holding sessions in local schools, to sessions varying from Tiny Tots coaching, right up to Walking Football for those aged over 55. Sessions are delivered seven days a week.

Keith is a former Rochdale player, who played for the Club between 1985 and 1987. He came through the Academy at Oldham Athletic, and made over 200 appearances for both Latics and Hereford United.